Beginning from today, hostilities will resume for the last lap of the Qatar 2022 FIFA World Cup Qualifying campaigns. African countries who took actions on Thursday last week will file out on Sunday for their final group fixtures. 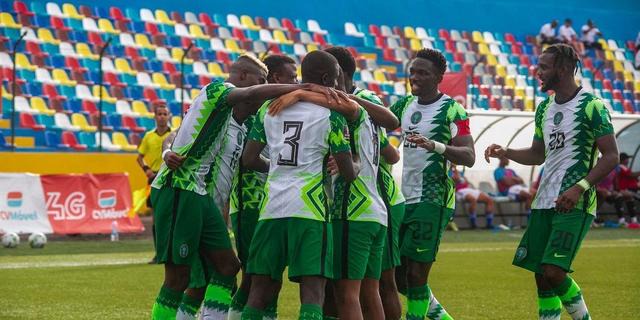 Super Eagles of Nigeria will return to Lagos on Tuesday to Face The Blue Sharks of Cape Verde for the final group C tie. The game would be crucial for the two teams as only the three maximum points is required for any of the both teams reach the final playoffs stage which will begin in March next year.

The Confederation of Africa Football (CAF) has given approval for the game to hold at the Teslim Balogun Stadium in Lagos by 16:00Hrs which is 4pm local time. The timing of the game was approved by the African football body after it was communicated to them by the Nigeria football Federation.

The three times African champions will go into the game with two points lead over Cape Verde as they currently occupy the top positions with 12 points. The Blue Sharks are just behind the Super Eagles with 10 points which makes the encounter to be an open contest. While a draw will be enough to see Nigeria through, Cape Verde need three points against Nigeria. The Central African Republic and Liberia who ranked third and fourth respectively will play for honor for the other group C game. 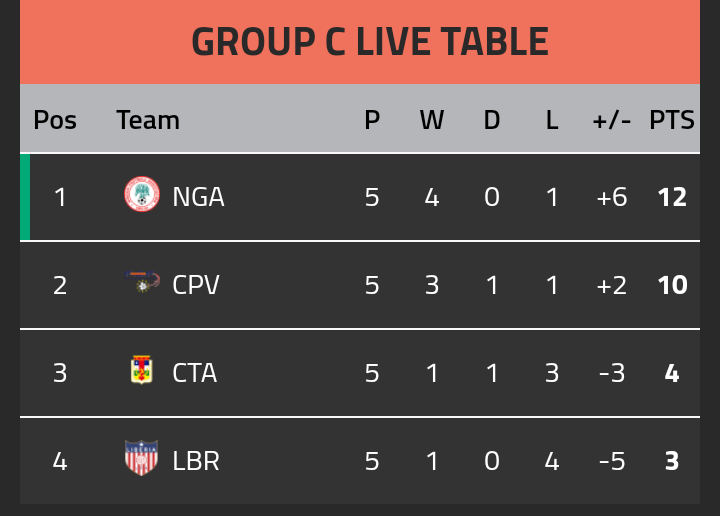 Possible Lineup for the Super Eagles:

Gernot Rohr may be forced to ring up a monitor change in his starting lineup that defeated Liberia. The coach may possibly revert back to the 4-3-3 formation as against 3-5-2 which he deployed on Saturday. This is because there were a lot of loopholes particularly in the midfield position that was evident. We may see the return of Samuel Chukwueze and Frank Onyeka in the starting lineup.

Before is how the Super Eagles may file out on Tuesday:

Super Eagles should have no problem in getting the maximum points. I would go for two goal margin in favor of Nigeria.

Related Topics:Possible Lineup And PredictionStandingsWhere To Watch Nigeria Vs Cape Verde Kick-off Time
Up Next

Reasons Why Alexander Arnold Is Far Better Than Reece James