British Boxing Promoter and Manager to Tyson Fury, Frank Warren has told Anthony Joshua not to bother going ahead with his rematch against Oleksander Usyk because he will be beaten again.

Warren, in an interview with Sky Sports insisted that the Ukrainian should step into the ring against Tyson Fury instead, since both boxers hold the major heavyweight titles.

“Joshua shouldn’t be going through with a rematch against Usyk. I think Usyk will beat him again. If there is another 20 seconds, Usyk would have stopped AJ. He wobbled him early and nearly took him out. Next time around he will fancy knocking AJ over. I can’t see AJ winning that match.

If he knocks it on the head, it opens the door for us to do the unification (Fury vs Usyk). Let AJ get a warm-up fight. He needs a winning mentality before he goes into a rematch with Usyk. Maybe he fights the winner between Fury and Usyk which is still a big fight”, he said. 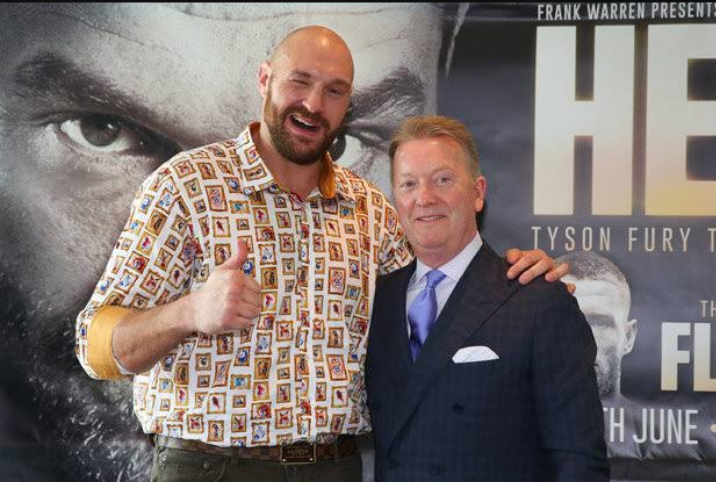 After his loss to the Ukrainian heavyweight boxer, Joshua triggered his rematch clause with Usyk earlier this week. The British-Nigerian boxer will attempt to win back the four titles he lost to Usyk when both fighters meet again in March next year.

Related Topics:'Usyk Will Beat AJ Again ' - Fury's Manager Predicts Another Loss For Anthony Joshua
Up Next