Rangnick was named interim manager of Manchester United until the end of the season this week.

At his first United news conference on Friday, the German confirmed that he had turned down a four-month contract job offer to replace Frank Lampard at Stamford Bridge.

Tuchel was not surprised to hear that his compatriot had been approached by the Blues hierarchy, but he hoped it came sooner than stated, given that the former PSG manager took charge of the London club late in January.

When asked about Rangnick’s remarks, Tuchel responded with a quip: “So maybe the bosses saw the draw against Wolverhampton [Tuchel’s first game in charge] and thought he didn’t know what he was doing, so let’s bring Ralf in for four months and let him take over.” Tuchel laughs. 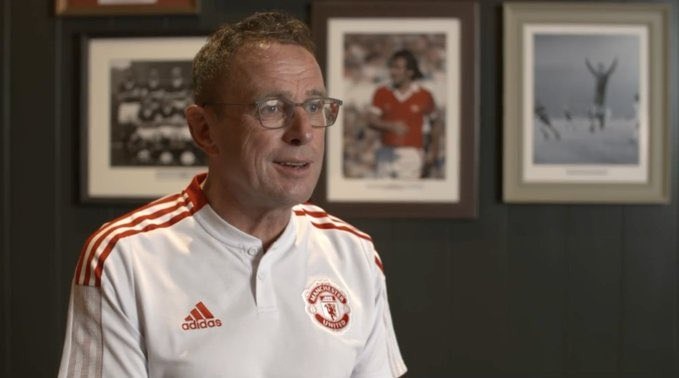 Hopefully, he’s got the date wrong. Otherwise, being the coach of Chelsea is a good job in the world of football.

Tuchel revealed Trevoh Chalobah has joined the list of Chelsea absentees for Saturday’s derby against West Ham United due to a hamstring injury.

The defender suffered the injury in a 2-1 midweek win over Watford and will have a scan.

Ben Chilwell (knee), Mateo Kovacic (hamstring), and N’Golo Kante (knee) are also out, but Reece James and Jorginho have been passed fit.

Tuchel refused to be drawn on whether Romelu Lukaku, who has returned to training, will start the Premier League leaders’ match against the fourth-placed Hammers at the London Stadium.

He stated,”I won’t tell you because this is part of the lineup that I want to know very late and don’t want the opponents to know. He is in training and eager to begin. But how difficult is it for Romelu to return to form after an injury?

I honestly don’t know, but we should try to perform at our best in each match. Watford caused us a lot of problems, so we had to focus on not blowing many big chances. It was a mental game to stay calm and wait for opportunities to win.

Related Topics:Tuchel laughs off Rangnick's claim that he was offered a Chelsea job
Up Next