Phillipe Coutinho is currently flying London together with his family to undergo medical tests ahead of a transfer move from Barcelona to Aston Villa. Coutinho will sign his 6 months loan contract as a new Aston Villa player after completing medicals and a buy out clause of £40 Million has been included in the contract.

Tottenham Hotspurs Manager Antonio Conte has decided to sell striker Steven Bergwijin this January transfer window & various clubs have shown intrest according to Fabrizio Romano. Ajax have already submitted an offer for Bergwijin on a potential permanent deal but the agreement is yet to be reached. Conte is willing to get rid of Dele Alli and Tanguy Ndombele through a permanent sell, loan or swap deals this January transfer window.

Manchester United Manager Ralf Rangnick has confirmed that he spoke with Edinson Cavani for almost half an hour & told him will definitely stay at Old Trafford this January transfer window. Manchester United failed to reach an agreement with Birmingham for the loan of Amad Diallo and the deal is expected to collapse according to Fabrizio Romano but Derby County are keen to sign him on loan. Man United have reportedly made £5 Million bid for Borussia Mochengladbach midfielder Denis Zakaria according to Basler Zeitung reports. 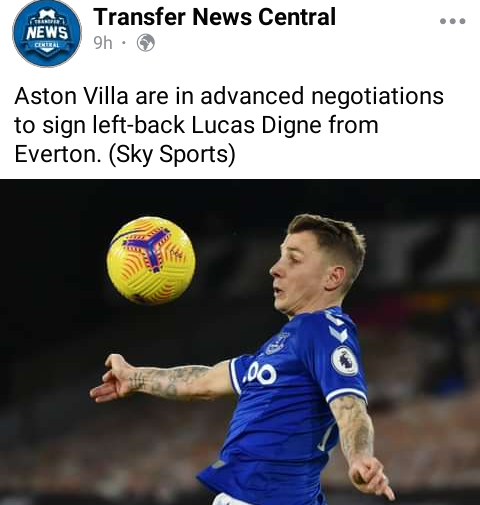 Chelsea are out of the race to sign Everton defender Lucas Digne and Aston Villa are in advanced Negotiations to sign the French star according to Sky Sports reports. Chelsea have suffered huge transfer blow on their pursuit of Ac Milan right back Theo Hernandez who claimed is happy at San Siro & in talks to extend his contract at the club. Chelsea are intrested in signing Barcelona defender Sergino Dest and Ajax right back Tagliafico to replace injured Reece James and Ben Chilwell according to Football London reports.

Related Topics:Latest Chelsea & Man United Transfer NewsStar Flying To London To Undergo Medicals Ahead of A Move
Up Next