Chelsea came from behind to defeat West Ham United 2-1 at the Stamford Bridge on Saturday, courtesy of goals from Ben Chilwell and Kai Havertz. However, after managing to comeback from behind to beat West Ham United 2-1 on Saturday at the Stamford Bridge, Chelsea has taken to social media to flaunt its transfer deadline day signings, Pierre-Emerick Aubameyang and Denis Zakaria at Stamford Bridge.

Chelsea posted on Facebook: “The new men! 🤝” alongside photo of the new Chelsea men all smiles at Stamford Bridge. 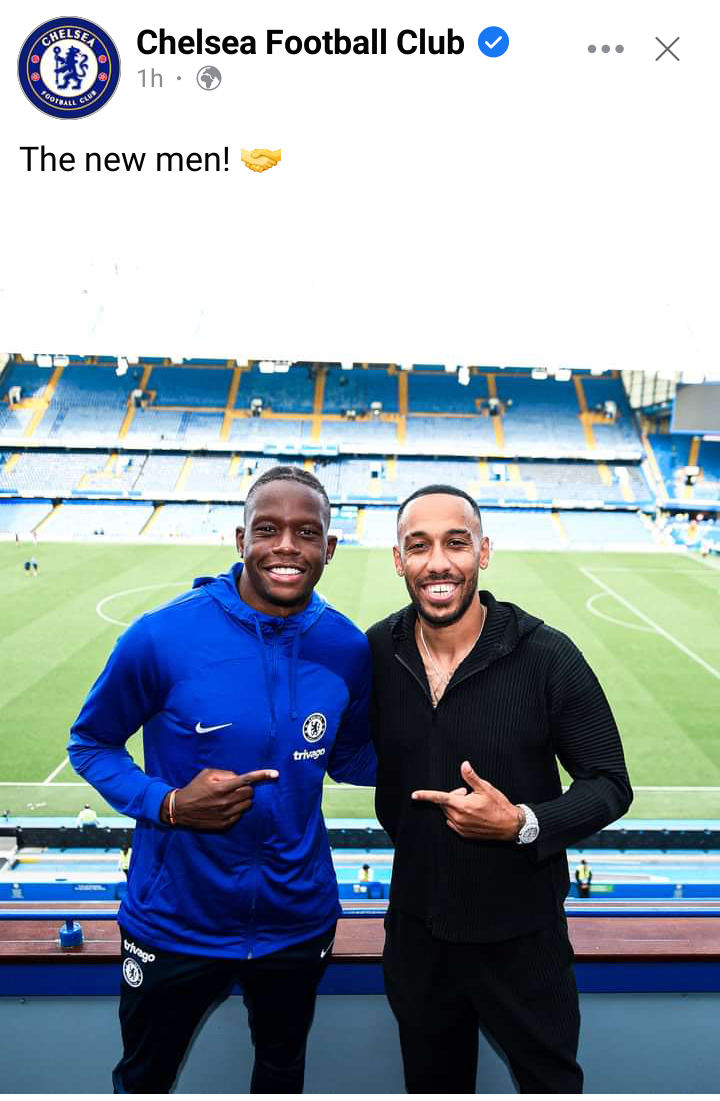 This Facebook post from Chelsea flaunting its two deadline day signings after beating West Ham United 2-1 on Saturday has attracted reactions, as some says they want to see them delivering wins after wins, while some said they can’t wait to see them in Chelsea’s shirt.

Here are some screenshots of reactions: 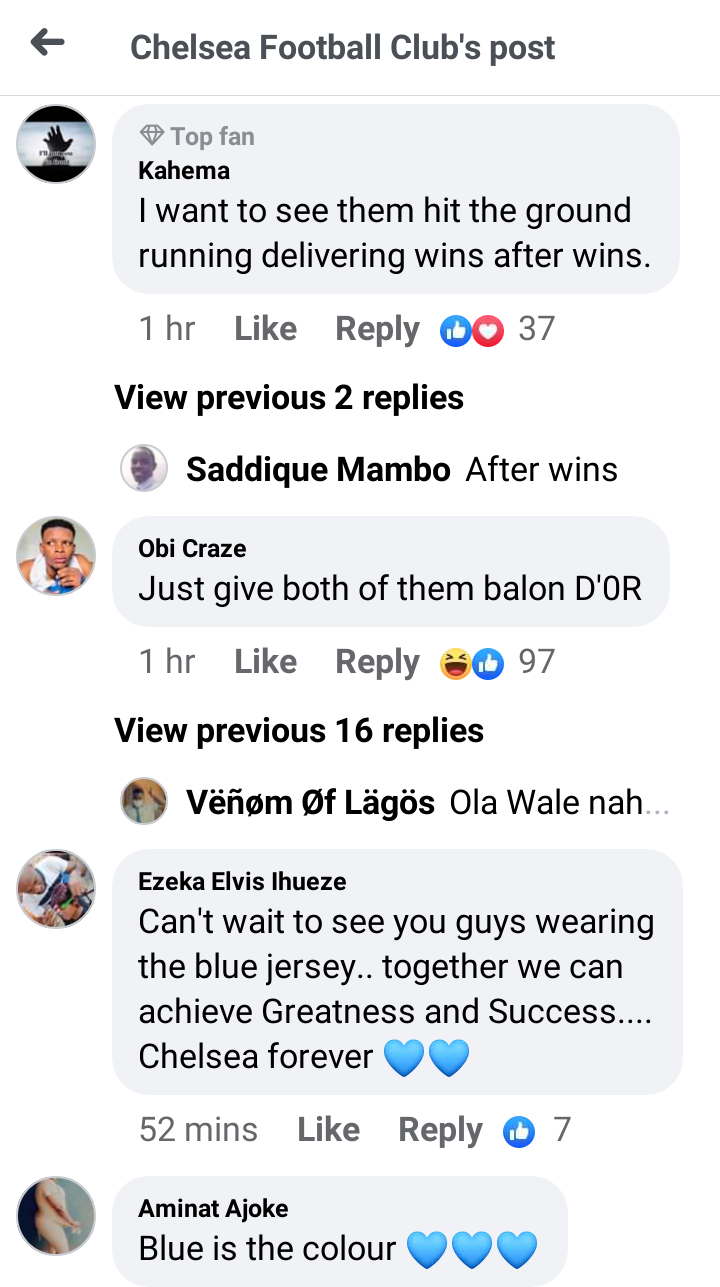 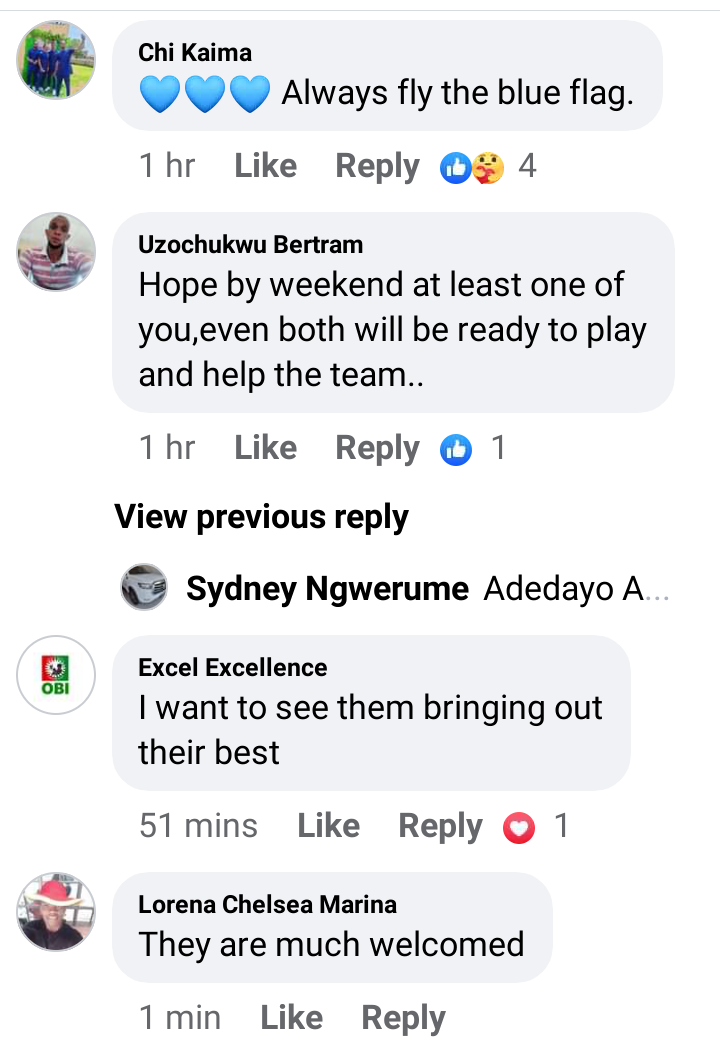 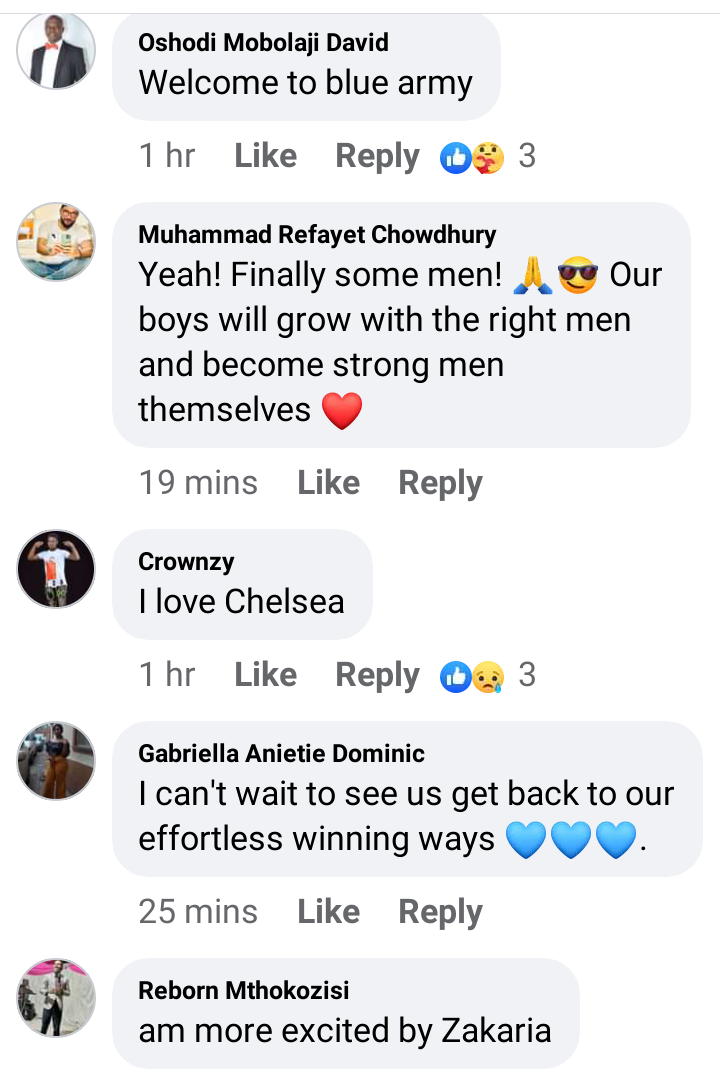 You will recall that, Pierre Emerick Aubameyang joined Chelsea from Barcelona on a permanent transfer, while Denis Zakaria joined the Blues from Juventus on loan, both on transfer deadline day

Related Topics:Reactions as Chelsea flaunts its deadline day signings at Stamford Bridge after its win vs West Ham
Up Next