Matchday 9 of the English Premier League took centre stage in England with Man City, Chelsea and Liverpool making claims to the title. City have continued to defend the title won last season while Liverpool and Chelsea are posing huge threats against the Champions.

Arsenal opened day 9 games with an emphatic home win over Aston Villa. Ghanian Midfielder, Thomas Partey got the first goal for Arsenal after 23rd minute of the game. 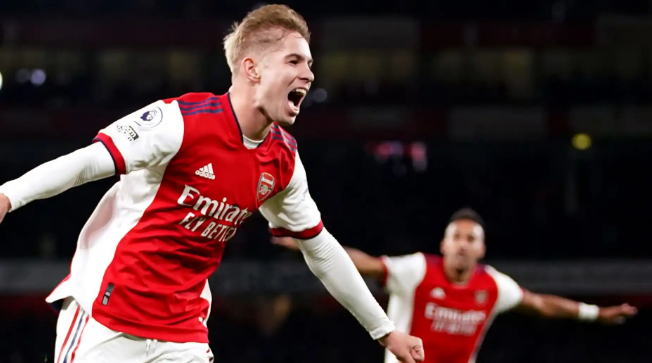 Gambian Aubameyang doubled the Gunners lead on the stroke of halftime as the African Brothers boost Arsenal’s confidence into the Interval.

Smith Rowe completed the damage against Aston Villa just 11 minute into the 2nd half, to lay to bed their manager’s future unrest even though Ramsey came with an 86th minute consolation. Arsenal won 3-1 to concentrate on their next game. 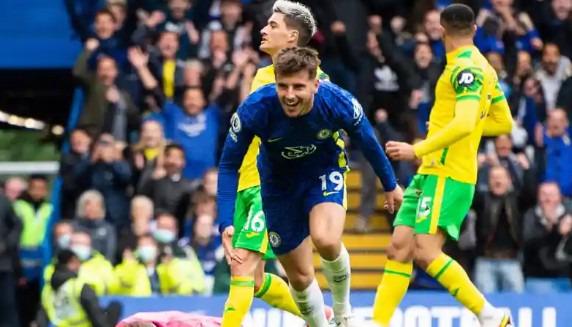 Thomas Tuchel’s Chelsea were the biggest Winner on day 9. After their 0-4 home victory over Malmö in the Champions League Midweek, Blues continue their local title challenge with a 7-0 whitewash of newly promoted Norwich City side. Mason Mount’s hat-trick coupled with Hudson-Odoi, Recce James and Chilwell’s goals returned Chelsea to the top of the Log with 22 points, making the Stamford Bridge outfit record 11 goals without conceeding within 3 days.

Defending Champions, Man City also went on rampage against Brighton and Hove on day 9. Foden’s master piece earned the Cityzen 1-4 win on away ground with Gundogan opening the goal’s door in the 18th minute after which Foden braced up in the 28th and 31st minutes, with Mahrez sealing it in stoppage time but that was after Mac Allister got the consolation in the 81st minute.

Just like Chelsea, City had great week with 9 goals but conceeded only 2 within 3 days after beating Club Bruge 1-5 in UEFA League midweek. 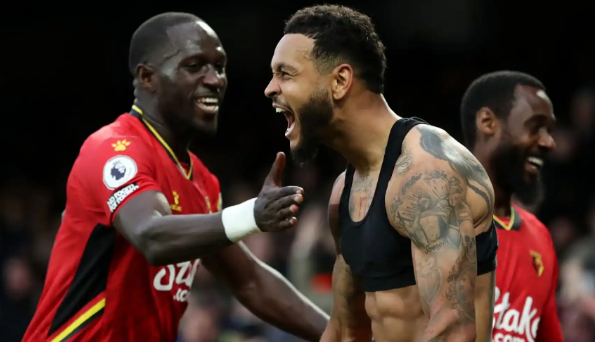 Everton lost at home 2-5 to the master class performance of Watford. King’s Hat-trick stole the show even though Everton drew the first blood in the 3rd minute through Davies’ strike. Richarlison’s 63rd minute goal was getting things stable for the Benitez’ side but Kucka and Dennis’ goals gave all 3 away points to Watford. 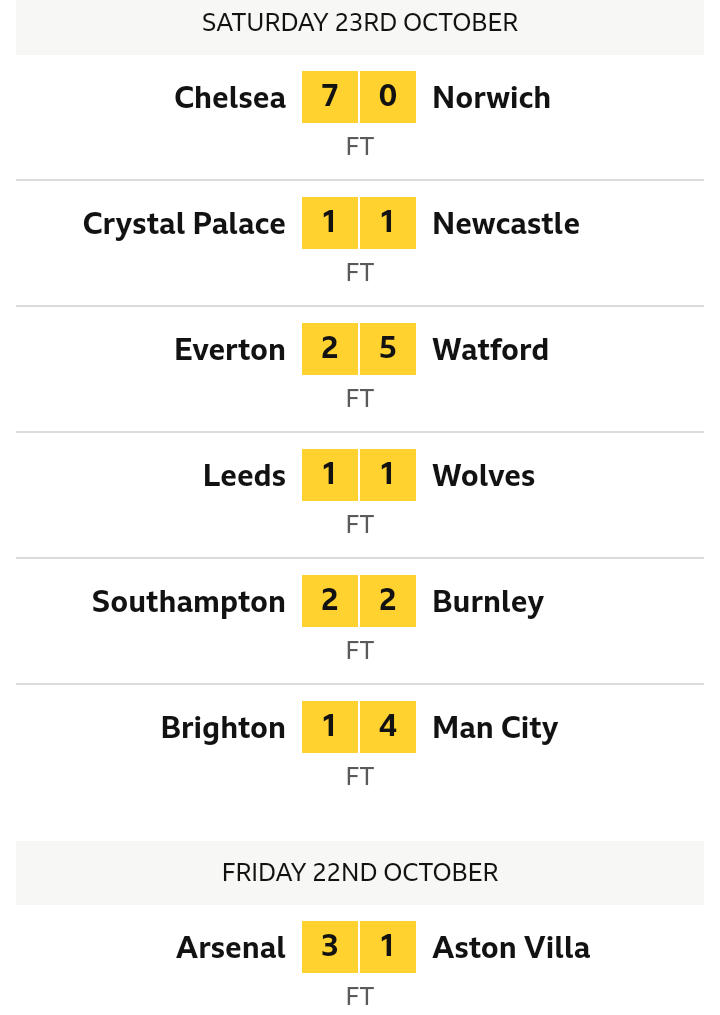 The Star match of the day was staged at Old Trafford but the visitors were the better side. Two early goals by Keita and Diogo Jota put Liverpool ahead of Man United in shock.

Man of the moment, Mo’ Salah earned the Reds huge 1st half respect after scoring twice in the 38th and 45th minutes.

Salah completed his first hat-trick against Man United in the 50th minute after which Ronaldo’s goal which could have stood as a consolation was disallowed for offside. United’s Pogba was Red carded after his studs-up challenge against Keita to kill any hope of a comeback for the Devils in the 60th minute. Liverpool’s fan were the Toasts of the day as they mocked United’s Boss, Ole Gunnar, by chanting ‘Ole’s on the wheel’. 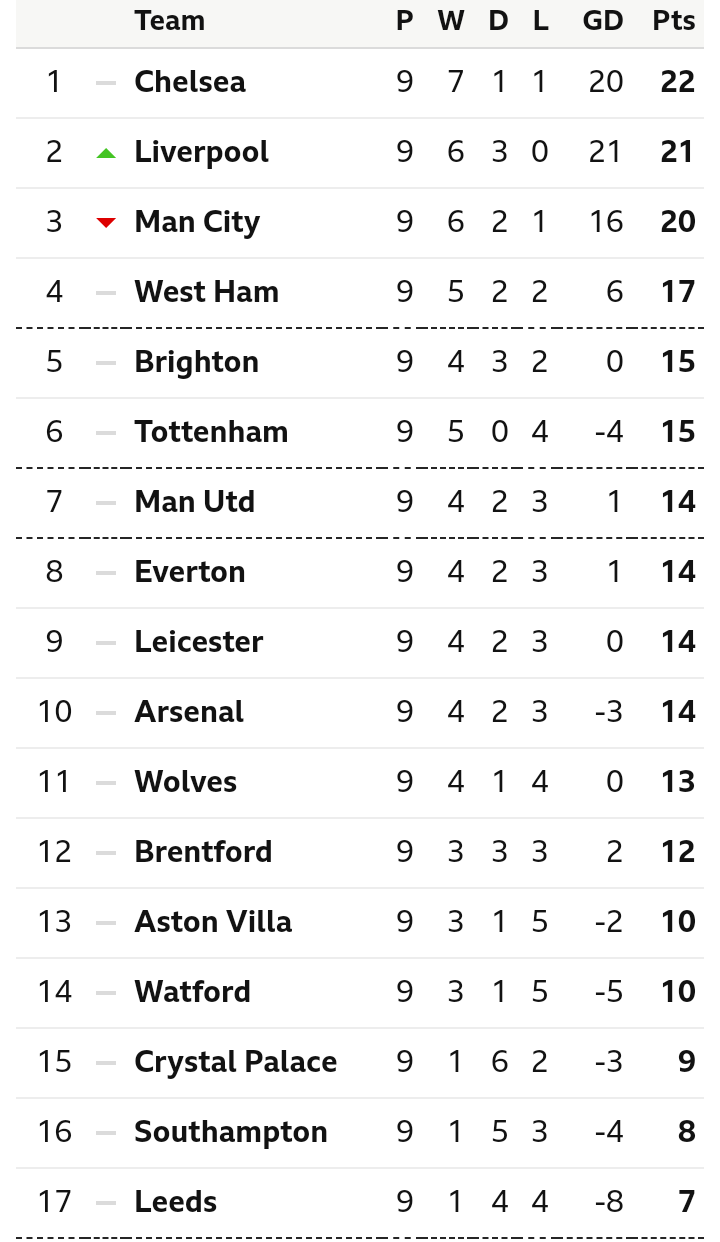 Liverpool trails Chelsea by a point just as Man City are behind the Reds by a single point with 20 after 9 games to give a befitting rivalry to the the English Premier League. United remains 7th after their home humiliating loss to Liverpool.

Arsenal will continue with their quest in keeping coach Arteta’s job for the main time, when they travel to Leicester City for week 10 game. Liverpool will sit at Anfield to welcome Brighton for day 10, as they push further in their title chase this season. 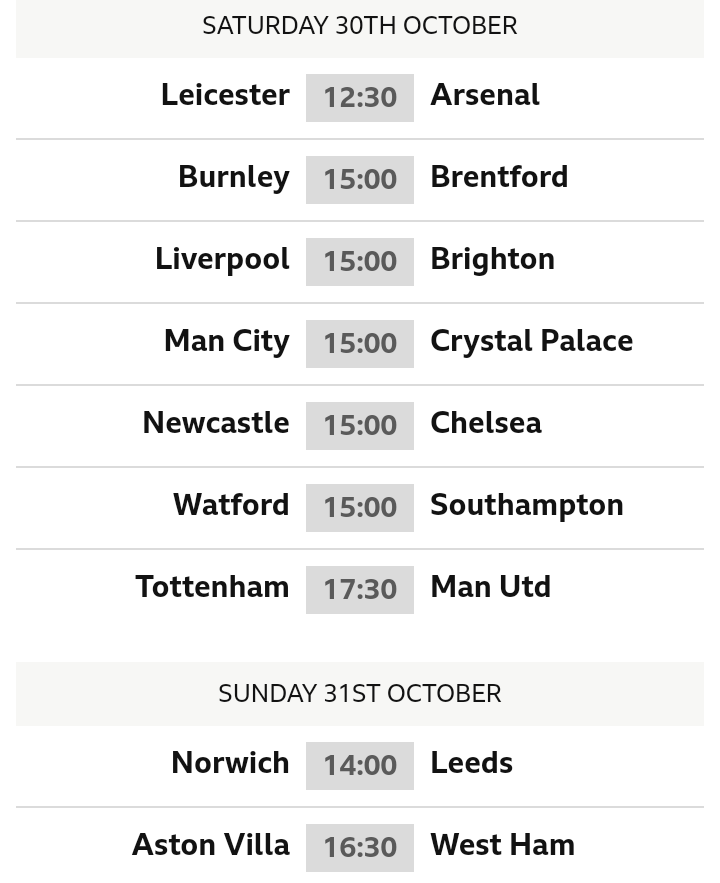 Related Topics:Premier League AnalysisResults And Tables After Liverpool Humiliated Man United On Matchday 9
Up Next

CHE vs SOU: Why Tuchel should promote Harvey Vale as a temporary replacement for Lukaku and Werner