Chelsea’s Jorginho has set the record for the most penalty goals in a year in the English premier league after his brace from the spot today against Aston Villa at Villa Park.

Jorginho has been prolific from the spot in recent weeks, putting two past Leeds United goalkeeper a few weeks ago before another double today against Villa’s Emiliano Martinez.

This season, Chelsea have had an on and off campaign but for Jorginho, he’s been decent all along. 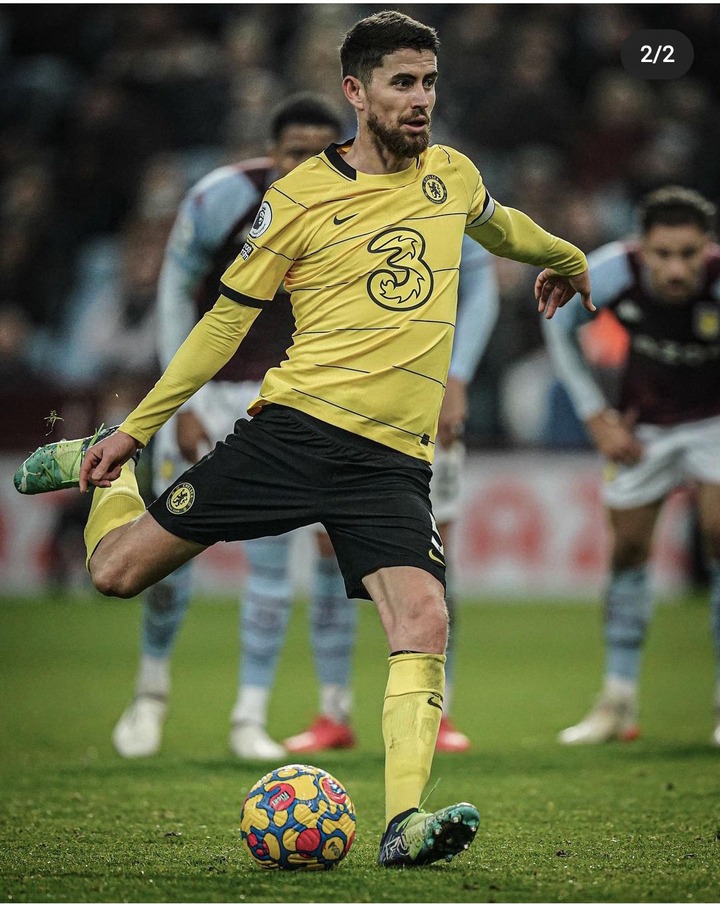 The blues are one of the team’s who has been awarded the most penalties in the league this season so it’s no wonder Jorginho has been banging them in these days.

Jorginho was always been criticised for his lack of goalscoring output in the past but seeing his stats now, it’s safe to say that those talks are long gone.
The win today will help take the pressure off Thomas Tuchel’s shoulders at Stamford bridge. Also, it extended Chelsea’s point lead over Arsenal to 6 points meaning that the Gunners will have to win more games if they are to overtake Chelsea in the league table

Related Topics:OFFICIAL: Chelsea Midfielder Set The Record For The Most Penalty Goals In A Year In The EPL.
Up Next

DONE DEAL: Chelsea to receive Hazard from Real Madrid in exchange for James