A very fierce contest between these two teams. One of the biggest games in the English premier league, the Manchester derby between Manchester United and Manchester City.

This is the first Manchester derby to be played in front of a crowd since March 2020, when United secured a memorable 2-0 win just before the COVID-19 pandemic hit. 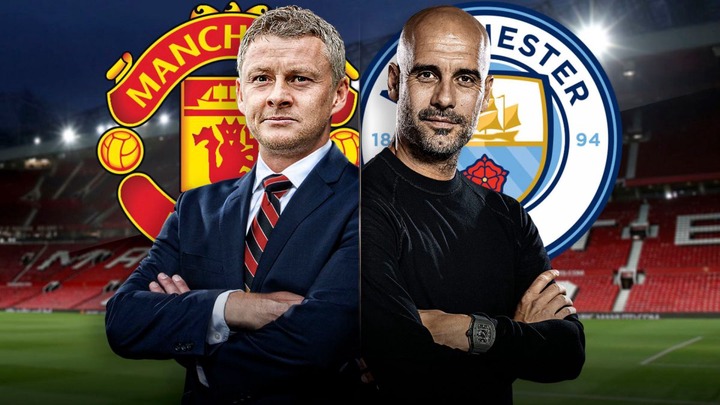 The fixture is set to take place at Old Trafford, the home of Manchester United and it promises to be entertaining as it has always been over the years.

United are going into this fixture with some key players injured like  Edinson Cavani. The striker was removed in the second half against Tottenham last weekend after helping his side to victory. Another noticeable absentee is Raphael Varane . The Star defender wouldn’t feature for his first Manchester derby since joining the side after picking up an injury in their midweek clash against Atalanta . A big blow for Ole Gunnar Solskjaer.

Pep Guardiola also has some headache to worry about with Aymeric Laporte sidelined after receiving a red card in their last match against Crystal Palace. Kyle Walker also would not be available with a foot injury as well as Ferran Torres who is also out for at least a month.

Manchester United are unbeaten in their last four league games against Manchester City and are hoping to make it five this Saturday but they know it would be a difficult task.

I personally see Manchester City edging this fixture out because of Manchester United’s poor defense in recent times and also Guardiola’s ego would not let him get beaten again since their last meeting. Over 2.5 goals is my prediction with Manchester City winning this 2 goals to 1

Real Madrid Plotting Surprise Move For Rudiger, As Fernandes Revealed Why He No Longer Score Goals