Premier League has accepted Arsenal request to postpone Tottenham clash against Arsenal which was scheduled to be played on 16th January 2022 at Hotspurs Stadium. The Premier League sited that Arsenal are having fewer than the required number of players available for the match (13 outfield players & one goalkeeper) due to Covid, Injuries and Players on international duty. Arsenal Women Barclays FA Women Super League fixture against Reading (W) has been postponed amd rescheduled to a later date.

Arsenal star Bukayo Saka was embraced by Liverpool Manager Jurgen Klopp and had a small chat back in their Carabao Cup goalless draw. Saka has been heavily with a transfer move to Anfield after it has been reported that Jurgen Klopp loves his style of play and wamts to sign him as a winger. Saka recently revealed he waa close to joining Arsenal London rivals Chelsea and Tottenham Hotspurs when he was in the academy before comitting his future at Emirates.

3: Marsaille Ban From Transfers Will Force Arsenal Duo to Return To Emirates

FIFA Sanctioned Olympique Marsaille ban from the transfer window for the next 2 windows after being found guilty of irregularities in the transfer of Pape Gueye from Watford. Marsaille ban will see Sead Kolasinac deal being called off while duo Matteo Guebdouzzi and William Saliba will return to Emirates.

4: Arthur Set To Fly To London For Medicals Next Week If Juventus Sanctions the Loan Deal

Arthur Melo has reportedly agreed to personal terms and deal to join Arsenal this winter transfer window but his Parent Club Juventus is yet to agree to the deal. Juventus are keen to find Arthur replacement before releasing him to join Emirates but Arsenal are closing in the deal which is likely to be completed next week. Melo is ready to fly to London to complete his medicals ahead of contract signing & official announcement by both clubs. 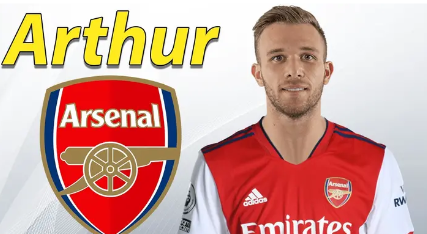 What Thomas Tuchel Said After Chelsea Lost Against Manchester City