The matchday 11 of the Spanish La Liga saw many players continue their hot form in front of goal. Some players just found their form while some lost their form. After matchday 11, it is obvious that Real Madrid striker, Karim Benzema has lost some of the form he was in at the opening stages of the season. Although the Frenchman is top of the Goalscorers chart, he has not found the back of the net in the league in his team’s last two matches with his last league goal coming in Real Madrid’s 2-1 loss to Espanyol on matchday 8. So far this season the Frenchman has scored 9 league goals. 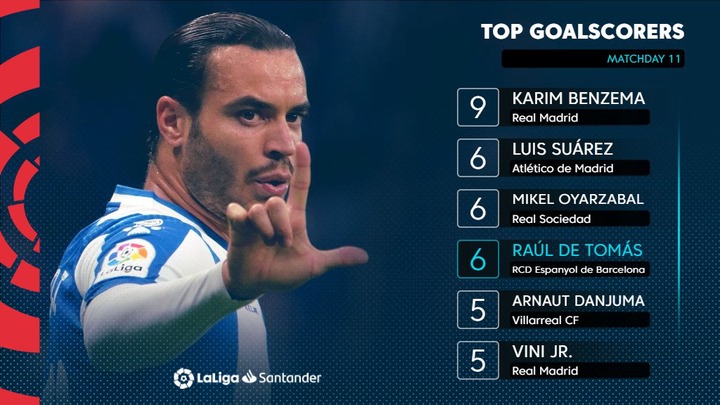 The likes of Raul De Tomas, who scored in Espanyol’s 1-1 draw against Athletic Bilbao, Luis Suarez of Atletico Madrid, and Mikel Oyarzabal of Real Sociedad have all scored six goals in the Spanish La Liga this season. Vicinius Junior, who has also been enduring a goal drought in the league, Real Betis star, Juanmi, Arnaut Danjuma of Villarreal, and Willian Jose of Real Sociedad have all scored five goals this season. 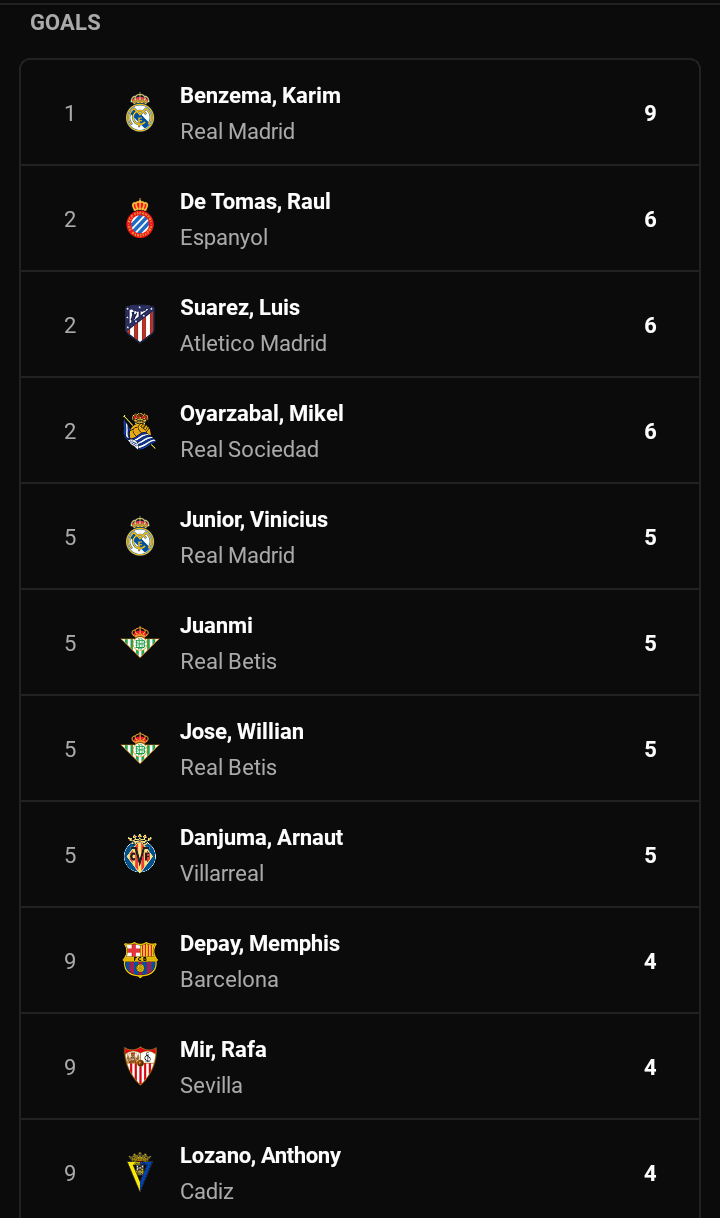 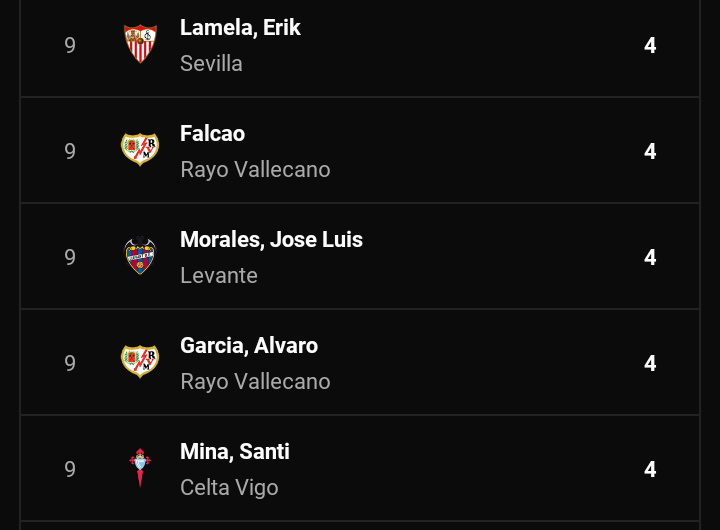 On the assists ranking, Karim Benzema is still ahead of the pack with seven assists. He is followed by Rayo Vallecano’s Oscar Trejo. He provided two assists in matchday 10 but couldn’t create a goal in Rayo Vallecano’s 1-0 win against Barcelona.

The likes of Iker Muniain of Athletic Bilbao, Yeremi Pino of Villarreal, Sergino Dest of Barcelona, Nabil Fekir of Real Sociedad have all recorded three assists in La Liga this season. 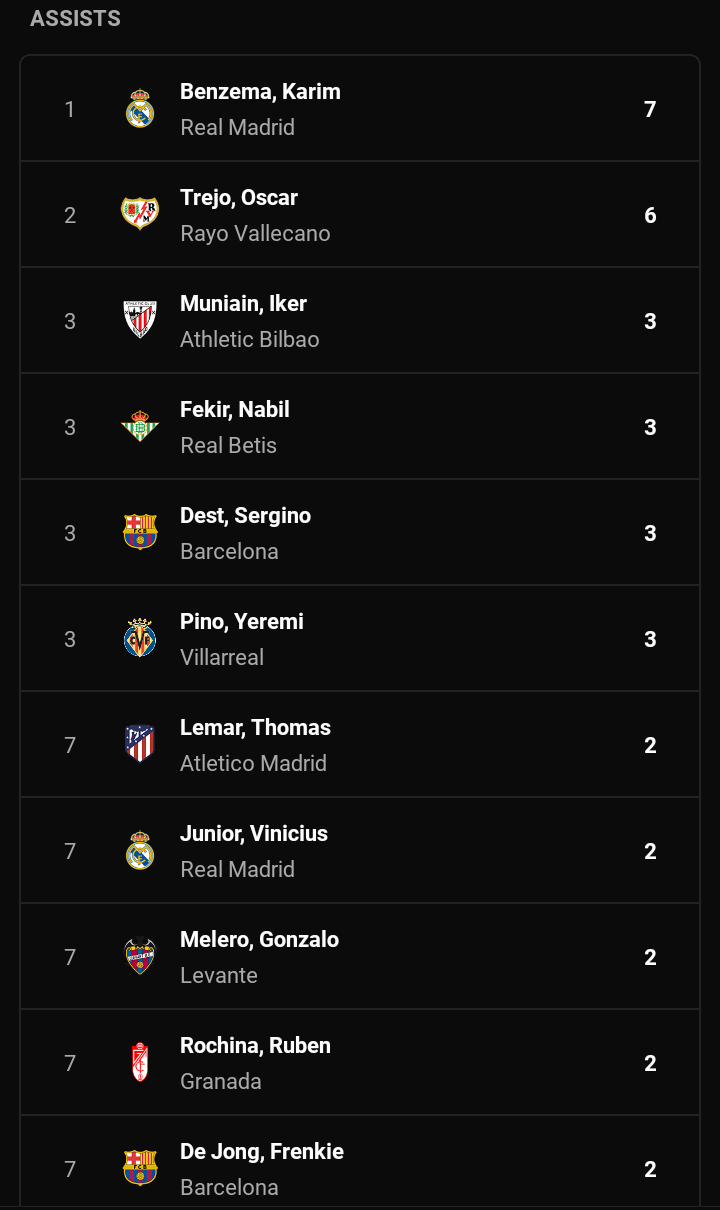