Brazilian International who plays for Chelsea in the English Premier League has given the conditions that are to determine how much time he still left to play professional football.

In an interview posted on the official Chelsea social media site, the Brazilian made mentioned three things that will influence his playing till he is 40 years old. According to Thiago Silva who is currently 38 years old, the world cup will have a great effect on his decision on playing till the age of 40. He also made mentioned contract extension with the blues, and how the current Premier League season will end are some factors to consider before he retired from professional football. Here Below is his full statement on playing till he is 40 years old.

“I talk often with Zlatan Ibrahimovic, recently more often because Chelsea will play against AC Milan in the UEFA Champions League. My aim is to play until I’m 40 years old but I don’t know if it’ll be this level or this competition. “It depends on this season and we’ll see what will happen in the World Cup. It also depends on a contract extension but yeah, I aim to play until I’m 40.” – the Brazilian said during the interview. 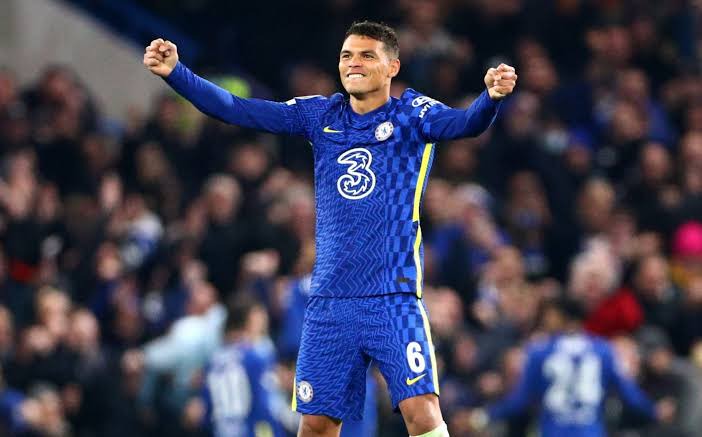 Related Topics:"I Want To Play Until I'm 40But It Is Depends On Many Things." - Thiago Reveals On New Interview.
Up Next

LONDON COWBOYS – Why the agenda to rename Chelsea could signal the beginning of a new era.