Everton and manager Rafael Benitez have agreed to part company, with talks continuing over the details of his departure.Duncan Ferguson has been asked to take over as caretaker manager. (Source: 90 Min) 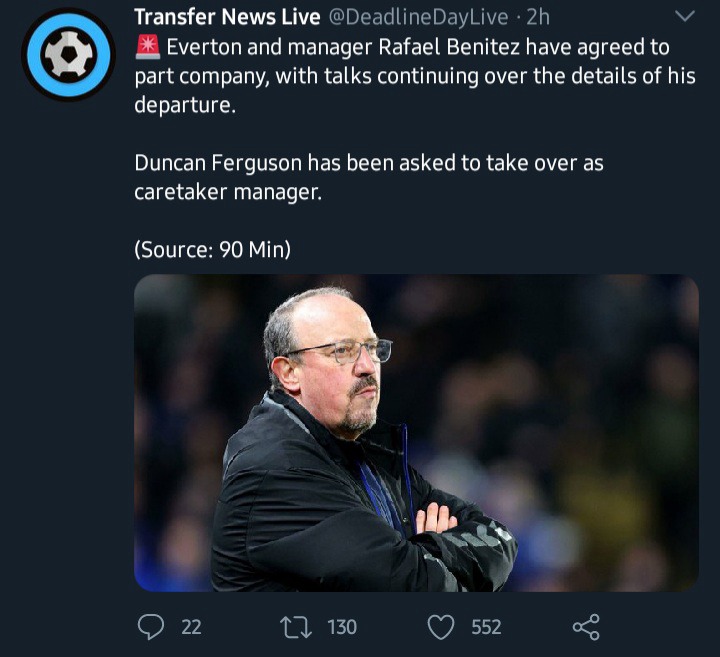 Mohamed Salah is refusing to budge on his belief that he is worth £400,000-a-week to Liverpool.It will cost Liverpool over £80m to pay Salah what he wants over a new four-year deal. That would shatter the club’s strict wage structure under owners FSG.(Source: Mirror) 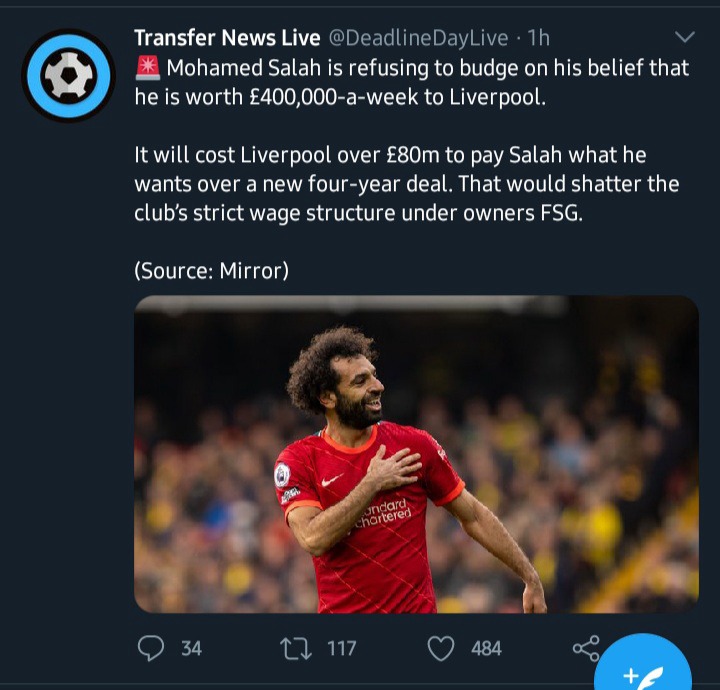 Chelsea ‘have made an opening bid of £33m’ for Barcelona misfit Frenkie de Jong but they are set to face competition from Bayern Munich.(Source: Mail on Sunday) 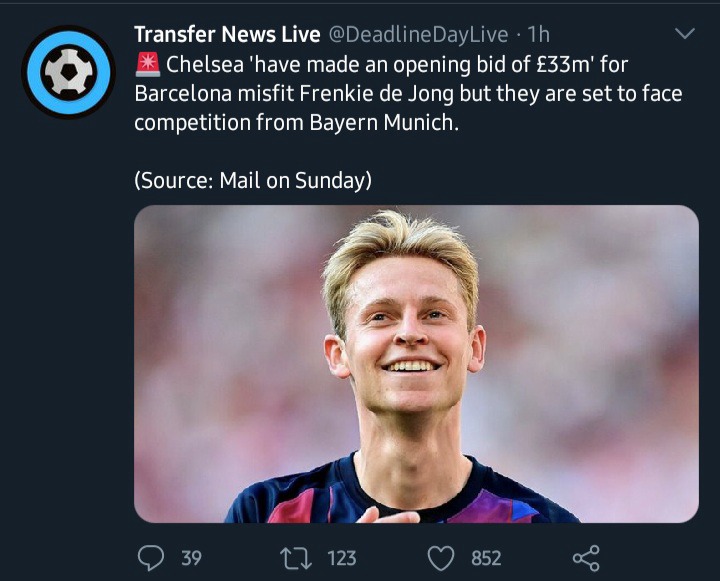 Manchester United will have to move quickly to land Mauricio Pochettino this summer, with the PSG head coach sounded out by a Champions League rival about his availability.(Source: Telegraph) 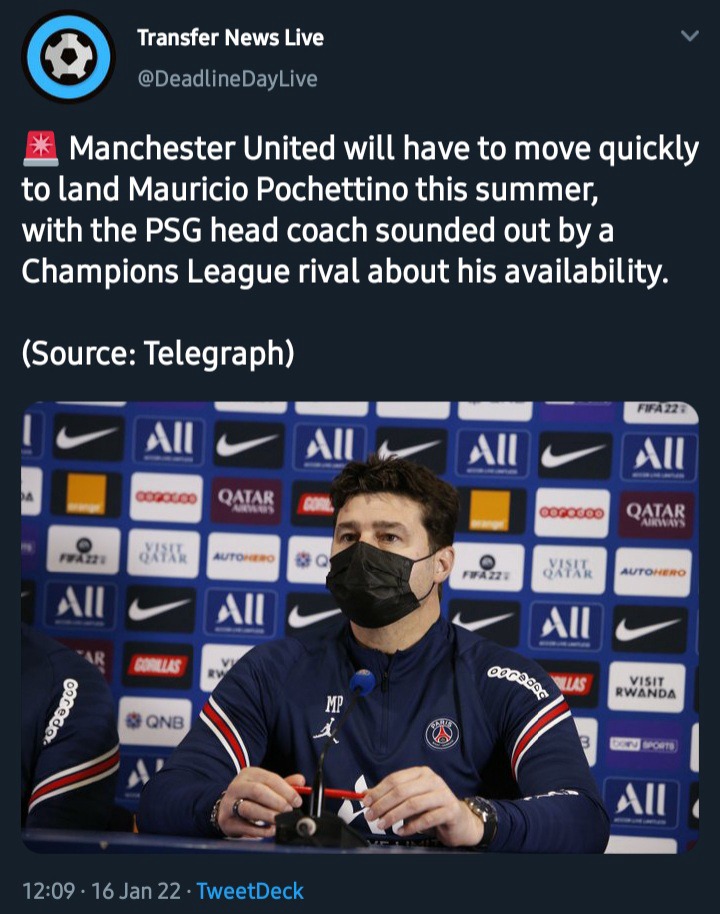 DEAL DONE: Stoke City have signed Lewis Baker on a permanent deal from Chelsea, bringing his 17-year association with the Blues to an end.He has put pen to paper on a two-and-a-half year deal.(Source: @stokecity) 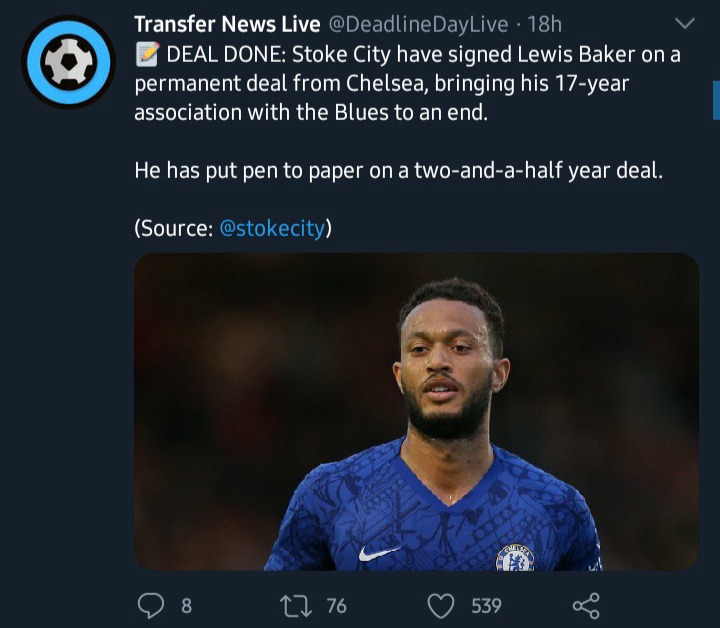 Related Topics:GOODBYE BOSS: Former Chelsea Manager in Contention Of Being Sacked After A series Of Poor Results
Up Next