Chelsea wingback Ben Chilwell was recommended to be done a surgery after hurting his anterior cruciate ligament. He had already been ruled out for the rest of the season. The Blues will have to rely on Marcos Alonso until the end of the season unless they sign another alternative player.

Ben Chilwell has finally gone through the surgery successfully. Taking to his Instagram account, he has thanked the fans for the massive support. He claims that he feels energetic to work towards recovery and fitness. He promises to come back stronger to help the club win more trophies. He feels better than yesterday. 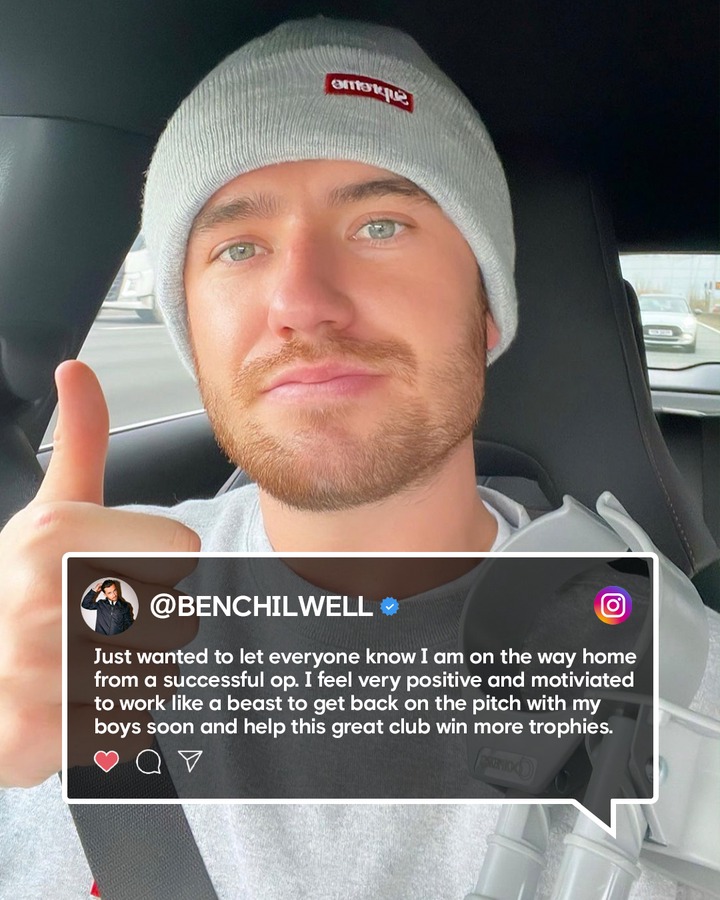 Chilwell suffered the Injury during a clash with Juventus. He strained his ligament. The medics decided that surgery was the best alternative. He has now finished two seasons with Chelsea since joining them. He has been very important at leftback. He contributed greatly to Tuchel’s team. He is a massive loss and will be missed by the squad until recovery.

DONE DEAL: Hazard’s return to Chelsea and its positive impact on Hudson-Odoi.