Eden Hazard is one of the best Footballers in the world. The Belgium international’s skill and football talent are impeccable. However, since his move to Real Madrid, he has been falling down the pecking order. However, this is large because of his injury woes. Since Hazard’s arrival in Spain, he was hardly fit and this has contributed to his performance since he joined Los Blancos.

Eden Hazard returned from injury last week after he picked up an injury in February. The Belgium international then went on to undergo surgery on his ankle, to remove the plate which was in his ankle, as he battles to prove his worth at the club. Eden Hazard had to sit out games in other to recover fully from the surgery. Although the Belgium International was available during Real Madrid’s 6-0 win against Levante, he didn’t feature for Los Blancos until he was subbed in during Real Madrid’s 1-1 draw against Cadiz. 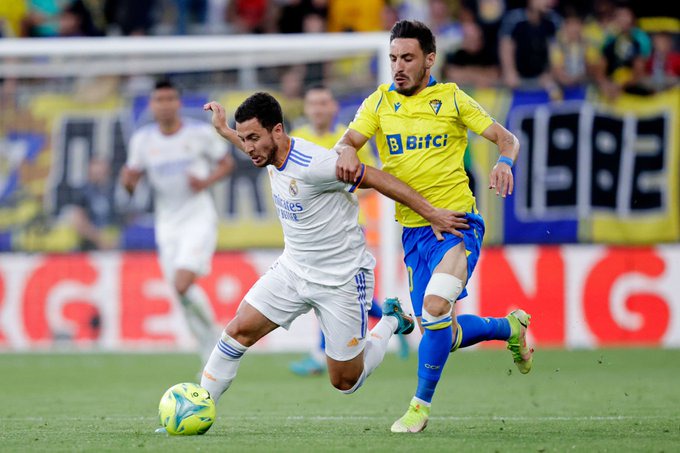 Eden Hazard looked sharp throughout the game and fans have taken to social media to commend his performance against Cadiz. Although the Belgium international didn’t make any big impact in the game, he showed a glimpse of the player he was at Chelsea. The Belgium International took on defenders and completed many dribbles against Cadiz, winning fouls and linking up plays. Below are some of the reactions of fans below; 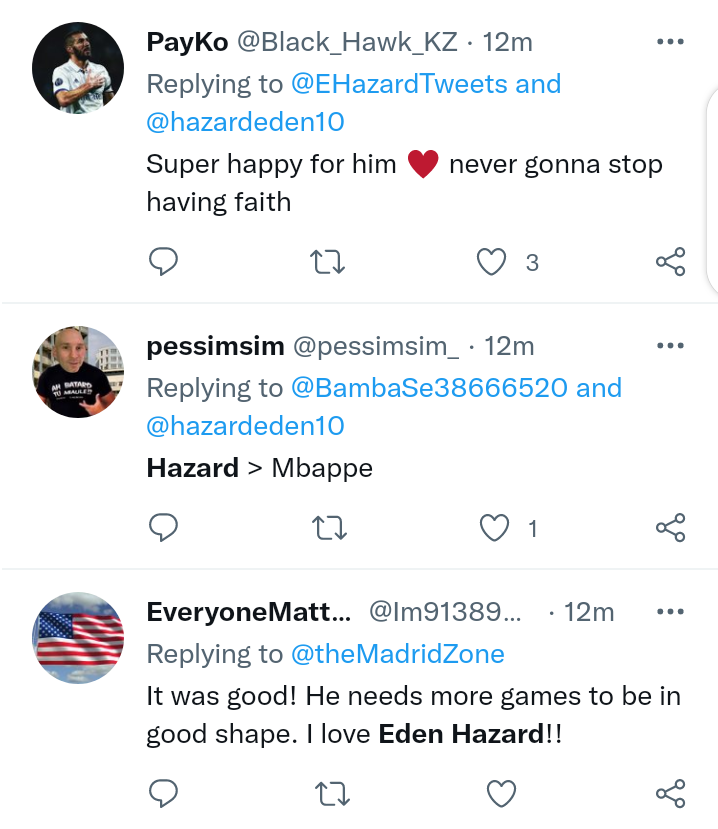 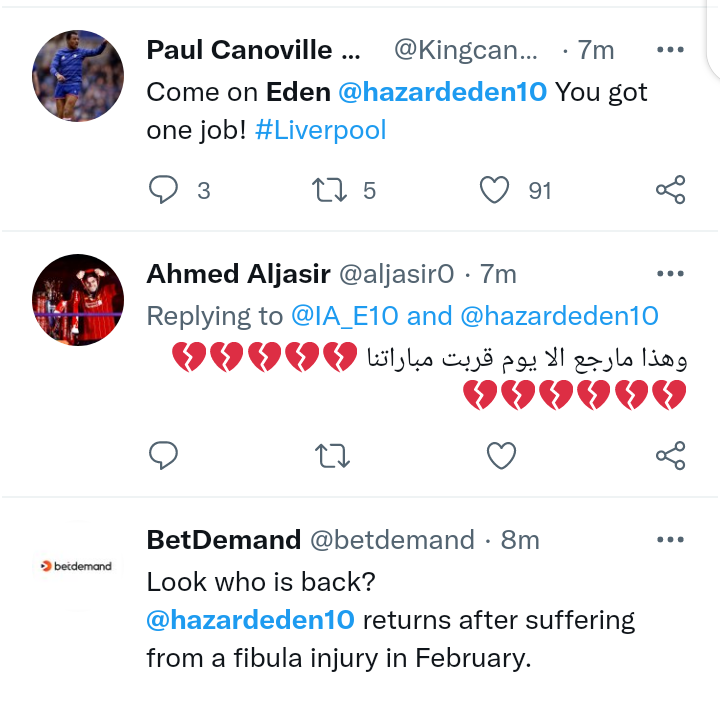 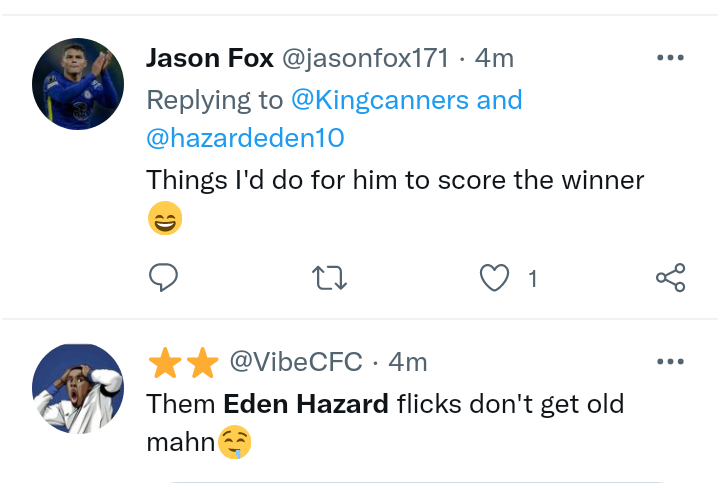 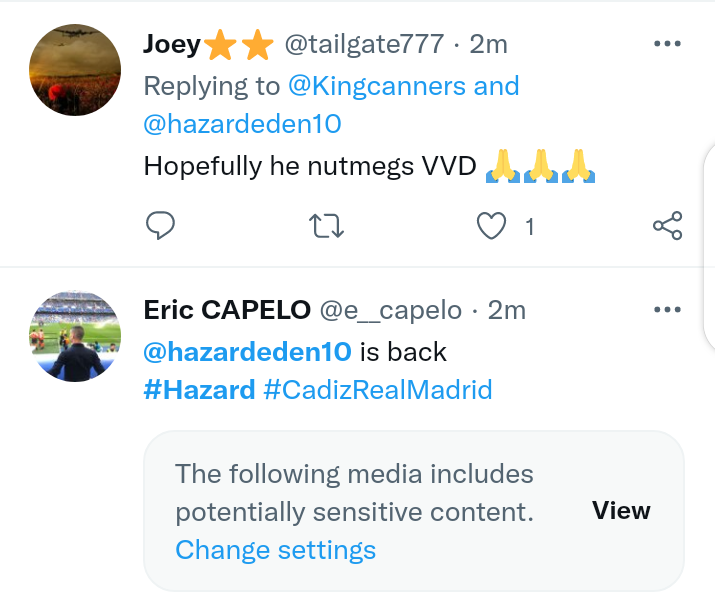 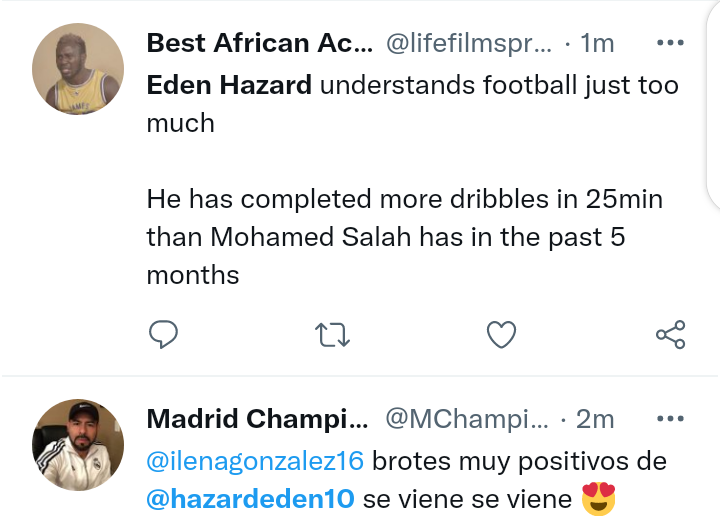 Even though Eden Hazard has not been able to play at the level expected of him when he made the big-money switch to Real Madrid, however, he left fans very proud on Sunday night, as the former Chelsea man was a joy to watch, reminding fans of the time when he was one of the best on the planet. Eden Hazard on his part will look to build on the momentum, with the Belgian keen to turn his career at Real Madrid around

Related Topics:Fans Go Wild On Twitter After Eden Hazard's Performance Against Cadiz After Injury Return
Up Next