As regards the 2021-2022 campaign, Chelsea will be clashing against Chesterfield at Stamford Bridge this evening, as part of their FA Cup fixtures. Of course, the Blues are expected to rest many players for today’s match, so as to face Tottenham with a high level of winning spirit next week. 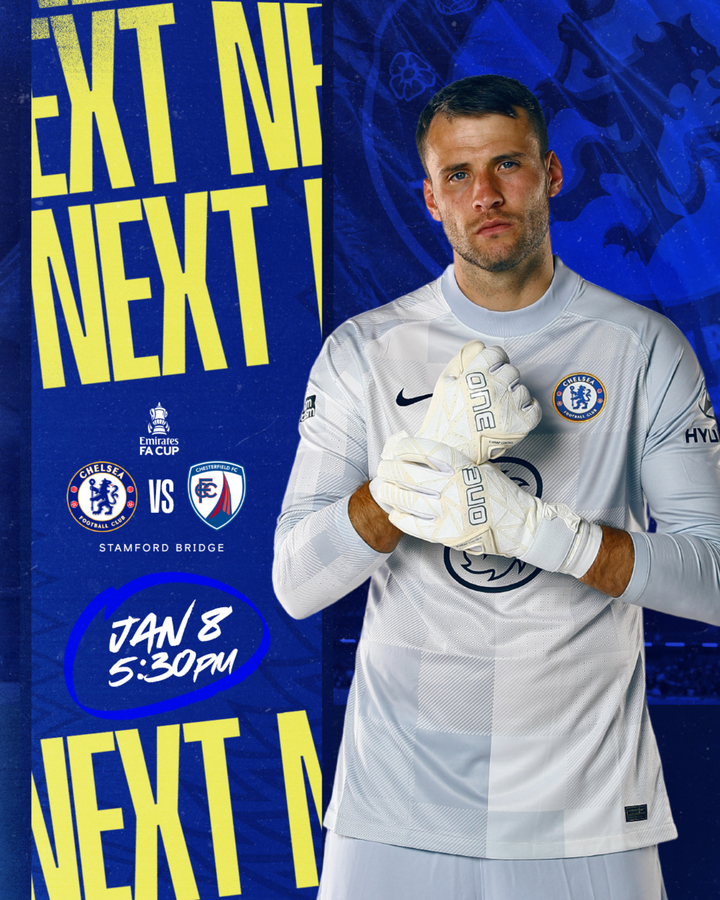 Since it’s FA Cup clash, there’s a particular way Thomas Tuchel could lineup without Romelu Lukaku, Hakim Ziyech, N’Golo Kante, Antonio Rüdiger, Jorginho, Mateo Kovacic and others, as they have enough reinforcements to face Chesterfield. With that being said, this formation is balanced and composed enough to claim 3 points at Stamford Bridge this evening. Obviously, Marcus Bettinelli is expected to start against Chesterfield today, for Kepa Arrizabalaga to rest ahead of next week’s game against Tottenham, since Edouard Mendy isn’t available. Of course, the Englishman is indeed a flawless goalkeeper, so he definitely has the ability and capability to keep a clean sheet for the Blues. Under the formation of 3-4-3, César Azpilicueta, Andreas Christensen and Malang Sarr will play as centre-backs, while Callum Hudson-Odoi as a right-wing-back and Harvey Vale will dazzle as a left-wing-back. Chesterfield aren’t really balanced up front, so Chelsea have enough reinforcements to accommodate their pressure. Of course, Sarr was fantastic against Tottenham in the Carabao Cup semi-finals, so he’s expected to dazzle amazingly this evening. Since it’s FA Cup match, nobody expects Thomas Tuchel to play Kante, Jorginho or Kovacic at Stamford Bridge today. Having said that, Saul Níguez and Ruben Loftus-Cheek will play as double defensive midfielders, as they both have the ability to command and control the midfield. The Spanish footballer was excellent on Wednesday, so he’s able to repeat the same defensive performance today, while Ruben focuses on attacking and creating chances. As regards the frontline, the likes of Romelu Lukaku, Hakim Ziyech, Mason Mount and Kai Havertz are expected to rest today. As a result, Ross Barkley will play on the right wing, Timo Werner on the left wing, and Jude Soonsup-Bell up front. In all fairness, the Blues academy product is full of potential, as he’s good at positioning and finishing. So, he will position himself to score goals, while Werner and Barkley cause havoc inside Chesterfield’s box. Can Chelsea win against Chesterfield today with this lineup?

BREAKING: Chelsea is My Destination, Lucas Digne Refuse to Train, Says I want to Join Chelsea