The Blues have been hampered by injuries on key players and apparently having a backup is the most essential thing for any manager but it’s like Thomas Tuchel will be focusing on bolistering his attacking department than defence line.

According to Football London, Chelsea have reportedly agreed to make a transfer move for Barcelona and French international Ousmane Dembele following an ultimatum that was issued on him concerning contract extension. 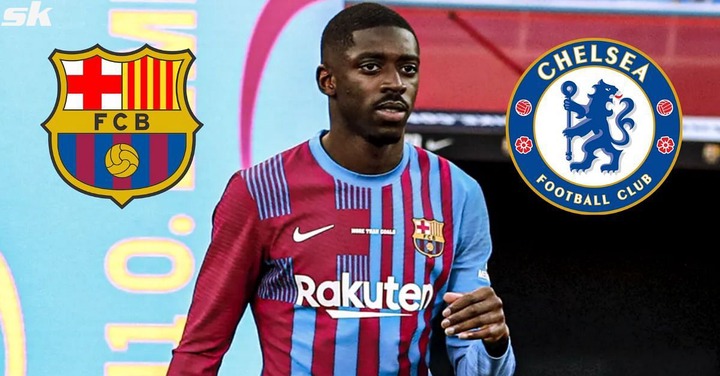 Dembele who’s a long term target for Chelsea is demanding a net pay that the Spanish outfits can’t match and literally he might be heading for premier league if he will not able to decide oh his future at Camp Nou.

Meanwhile, no response will mean refusal to extend his stay and the London based heavyweights are viewing that as a perfect opportunity to make the deal stand amidst misfiring Timo Werner and Hudson Odoi

Related Topics:Chelsea Reportedly 'Agrees' to Complete a Move for French Winger After Barca's Ultimatum
Up Next

Celebration at Stamford Bridge as Player Undergoes Medicals In London Ahead Of Move, Latest On Official Done Deals