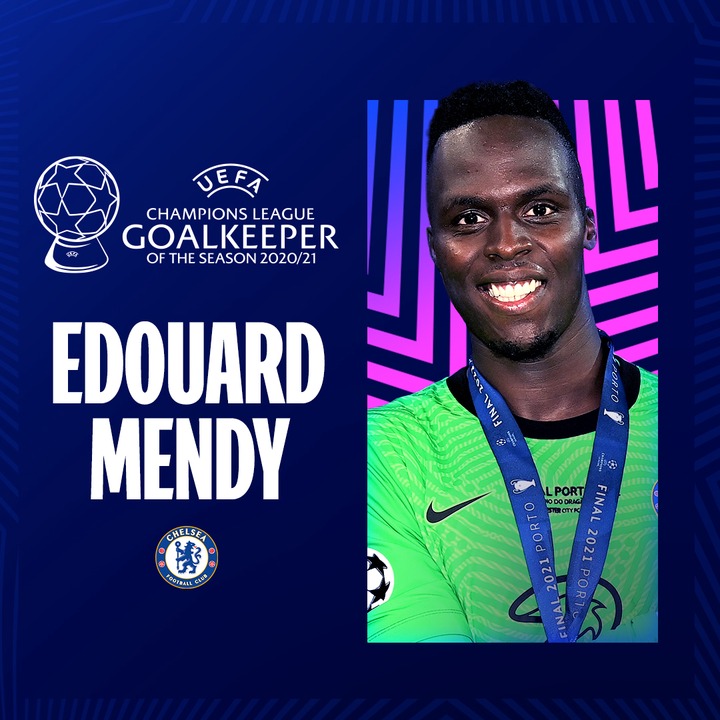 The French-born Senegal international, 29, beat off competition from Manchester City’s Ederson and Real Madrid No1 Thibaut Courtois to cap a remarkable rise from unemployment just seven years ago. The award was presented to Mendy during the 2021/22 UEFA Champions League group stage draw ceremony in Istanbul.

“His personality is pretty laid-back with a tough edge when it comes to work. He is very low maintenance. He has a smile on his face so it’s a real positive when you have a player that comes in and hits the ground running.”
Frank Lampard, former Chelsea manager

“He is an all-round goalkeeper. He is very good with his feet. He has all the range of distribution, and the way he dominates crossing situations and high balls sets him apart. He has the qualities in overcoming difficult moments, too. When you have had different pressures in your life, like he has when he was unemployed, you perhaps cope much better with pressure from football.”
Petr Čech, former Chelsea goalkeeper

“His dedication is unbelievable. Edou has a strong personality, but in a good way. He is very strict with himself and other players. He stayed only one year in Rennes but we felt like he had been here for ten years.”
Olivier Sorin, Rennes goalkeeping coach

Watch Mendy’s stunning save from Benzema

How Mendy was chosen

The jury comprised the following:

Jury members chose their top three players, with the first receiving five points, the second three and the third one. Coaches were not allowed to vote for players from their own team

Related Topics:Chelsea Goalkeeper Edouard Mendy Named Goalkeeper of the Season for the 2020/21 UEFA Champions League. #UEFAAwards
Up Next