Chelsea will be looking to sign some players in the winter transfer window to replace some of the first team. Benjamin Chilwell, Edouard Mendy, and Saul Niguez will need to be replaced.

Benjamin Chilwell needs a replacement following an injury case. Eduourd Mendy will be leaving for the AFCON tournament in January and Chelsea are planning on ending Saul Niguez’s loan deal. Below is a list of three players Chelsea could sign in the winter transfer window to replace Benjamin Chilwell, Saul Niguez, and Eduourd Mendy in the team. 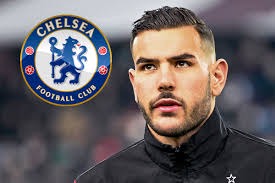 Chelsea are reportedly interested in bringing Theo Hernandez to the Stamford Bridge Stadium. Theo Hernandez is one of the best players in the left-back position in the whole of Europe. The French defender has improved his game since he arrived at AC Milan.

Theo Hernandez will be an excellent addition to Thomas Tuchel’s Chelsea squad, as he is one of the best players available to replace Ben Chilwell. Theo Hernandez is strong defensively and also contributes to the team attack with goals and assists.

Theo Hernandez is currently valued at €55 million, and Chelsea may have to reinvest between €50 and €55 million in the position following the signing of Ben Chilwell from Leicester City for €50 million. 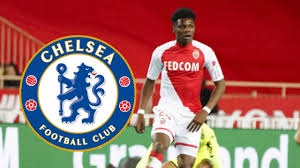 Aurelien Tchouameni has become one of the top targets on Chelsea’s transfer list for the coming transfer window. Thomas Tuchel sees the French midfielder as a player who could provide long-term security and quality backup in the midfield position.

Aurelien Tchouameni would be signed to replace Saul Niguez. Chelsea are reportedly considering terminating Saul Niguez’s loan deal in the winter transfer window. The Spanish midfielder has failed to prove himself at the Stamford Bridge Stadium since he arrived in the summer transfer window.

Saul Niguez has been poor in terms of performance for Chelsea this season. The Spanish midfielder has played four games in the English Premier League; against Aston Villa, Newcastle United, Watford, and Everton, and his performances in these games were below par. 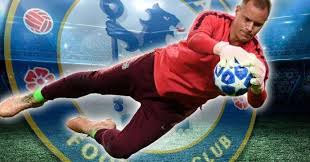 Marc Andre-Ter Stegen has surfaced as a possible replacement for Eduourd Mendy during the African Cup of Nations tournament. Eduourd Mendy will be out of action for Chelsea as he represents the Senegalese national team in the competition.

Barcelona are in a financial downturn and the Spanish club could be tempted to sell the German shot-stopper for the right price in the winter transfer window. This deal is more likely to occur as Barcelona are also pushing for the signing of Andre Onana as a free agent at the end of the season.

3 High-profile Deals Chelsea Could Complete In 2022