English premier league club Chelsea will play against AC Milan in their next UEFA champions league game after the international break.

Graham Potter’s team will be going into the game following their 1-1 draw against Salzburg in the UEFA Champions League on Wednesday evening. Chelsea football club will be hoping to get their first win UEFA champions league when they play against AC Milan.

AC Milan, on the other hand, will play against Chelsea FC after their 3:1 victory over Dinamo Zagreb in the UEFA Champions League on Wednesday evening. AC Milan will be aiming to claim all three points when they play against Chelsea to continue their recent impressive form in the competition.

Chelsea football club has played against AC Milan twice in the UEFA Champions League before and this will be their third game in the competition. 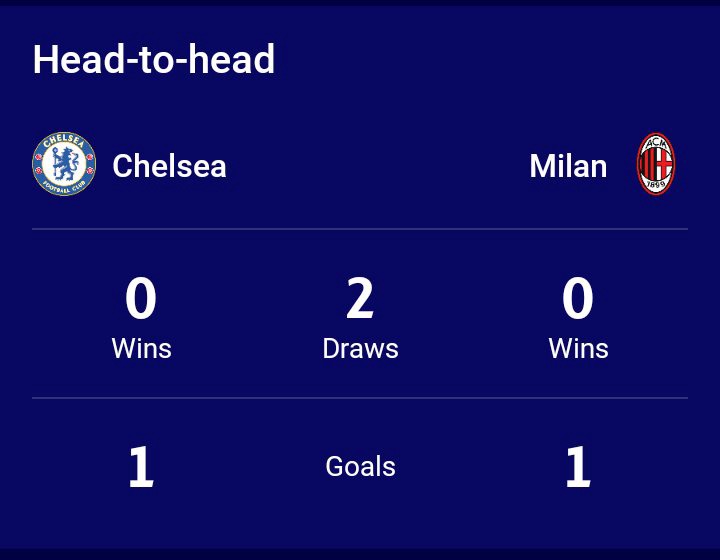 Related Topics:CHE vs ACM: Team NewsDate And Time.Head-to-Head Summary
Up Next

Chelsea’s Next 4 Games In All Competitions Including One Tough Game Against Italian Giants.