Galatasaray are preparing paperworks to be signed with Benfica for Gedson Fernandes deal. Loan until June 2023 and full salary will be covered by Gala for next 18 months.Gedson is expected in Istanbul today if all details are settled. 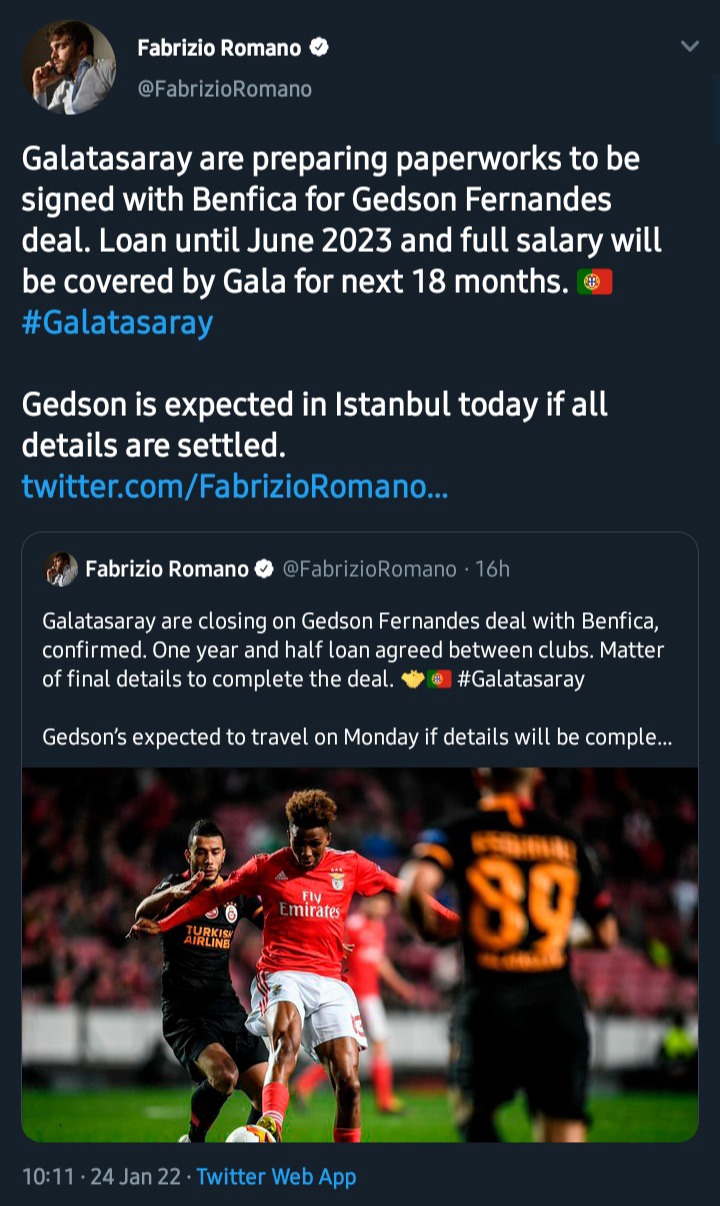 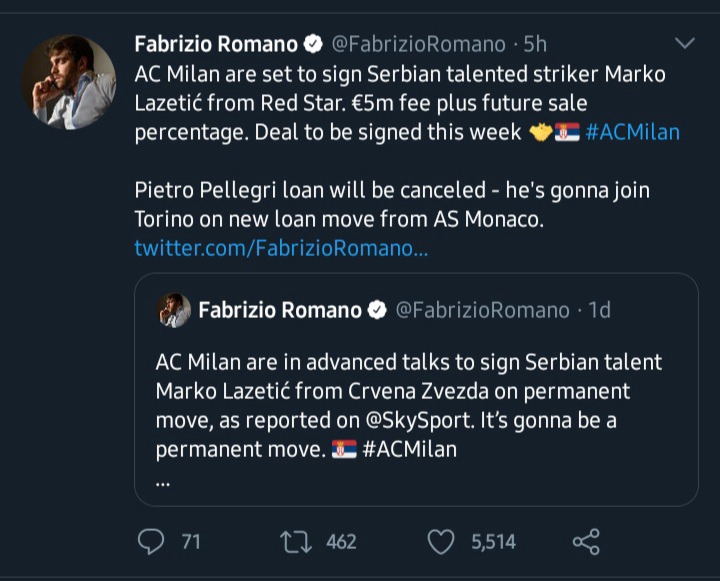 Christian Eriksen’s in advanced talks with Brentford on a six month deal. Agreement ready. Option until June 23 included.Medical/important tests are needed before Christian will be able to sign the contract, as @jaydmharris reported. He wants to play football again. 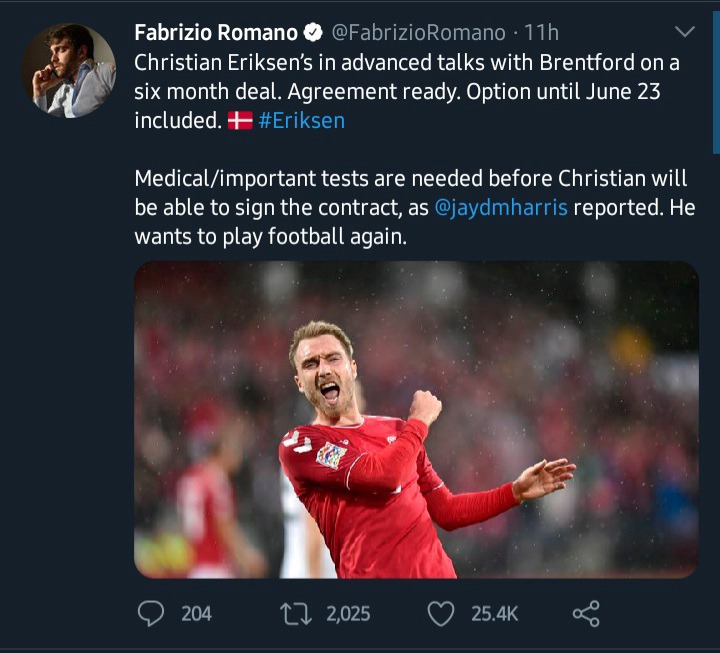 Tottenham are considering options to replace Tanguy Ndombele if he joins PSG on loan. Fiorentina midfielder Sofyan Amrabat is one of the players in the list. Nothing decided or agreed yet. Many candidates, Spurs will decide this week. @MatteMoretto @SkySport

DEAL DONE: Chelsea have completed the signing of teenager Dylan Williams from Derby County for an undisclosed fee.He will travel to london today to undergo his medicals with his new club.(Source: @ChelseaFC) 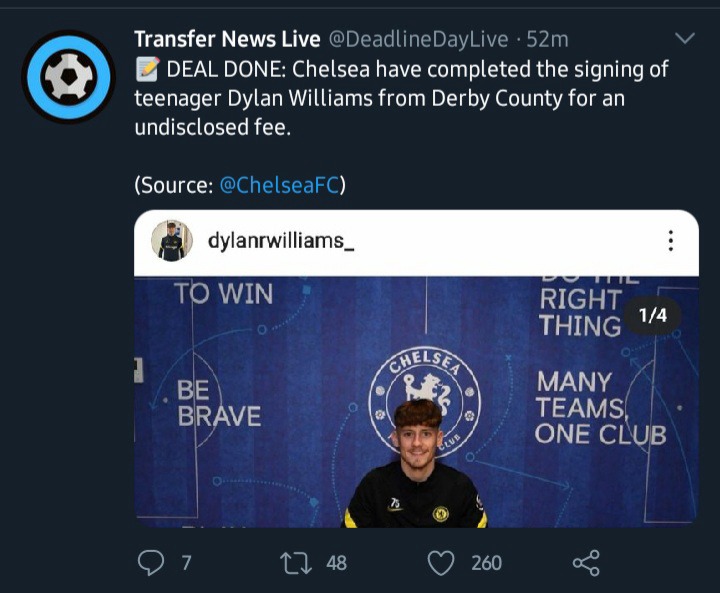 Related Topics:Celebration at Stamford Bridge as Chelsea Complete Another Astonishing Signing And Latest News on Transfers
Up Next

OFFICIAL:Player Arrives In London To Complete His Move, DONE DEALS, Latest On Hazard