Arsenal have had many stories in the headlines and their fans are growing impatient. The club has not yet confirmed any deal but hopes and good news are coming. The north London club has shortlisted some key players whom they believe they fit in their style of play. Arteta and Edu are working hard to sign at least two new players before the January transfer window closes.

The good news from England indicate that Arthur Melo’s agent has been spotted at Emirates . The agent is believed to be finalizing the deal and soon we are going to see the Brazilian central midfielder at Emirates. The gunners are desperate to add another Midfielder with Melo being their top target. 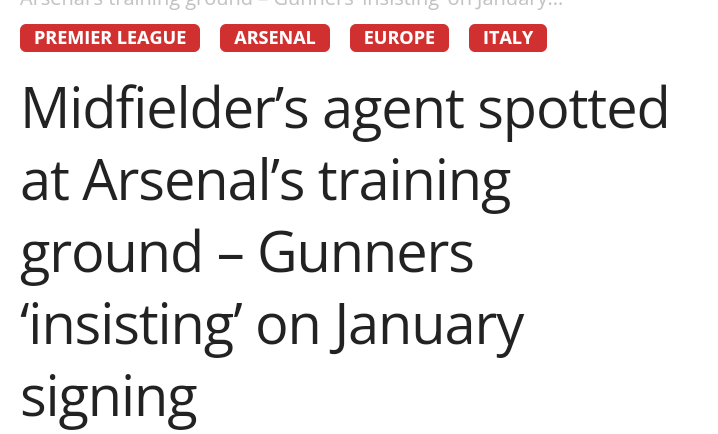 Juventus are willing to sell the 26 year-old to Arsenal but if the premier league club is willing to pay around £30m. The star moved to Turin 2 seasons ago from Barcelona and he feels he is not getting enough playing time. Juventus boss has already started looking for a replacement which gives a clear indication that Melo could be leaving in time.

The information is brought by Gianluca Di Marzio, who says representative Federico Pastorello was spotted at Arsenal’s training ground.There are not many details on how things developed in the talks between club and agent, as the main issue continues to be the agreement with Juventus. 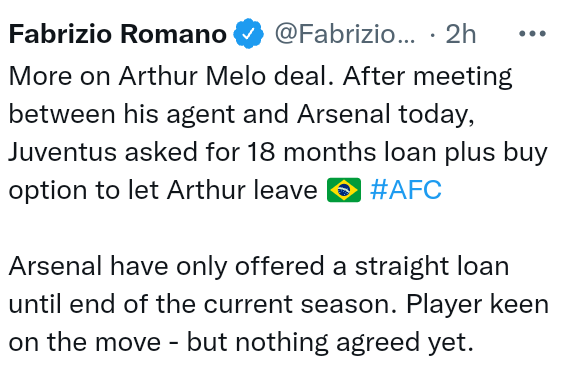 Related Topics:Celebration at Emirate as Player's Agent Spotted At Emirates Ahead Of Announcement And Medical Today
Up Next