Amid plans to reinforce their squad in the coming summer transfer window in preparation for the next season, Premier League giants, Arsenal are reportedly plotting a blockbuster move for former Chelsea star winger and now Real Madrid flop Eden Hazard.

According to the latest reports from reputable Journalist, Santi J, the Mikel Arteta’s side are keen admirers of the Belgian international, considering his fantastic spell with the Blues before the record-breaking transfer to the Santiago Bernabeu where he is currently struggling to hit the ground running. 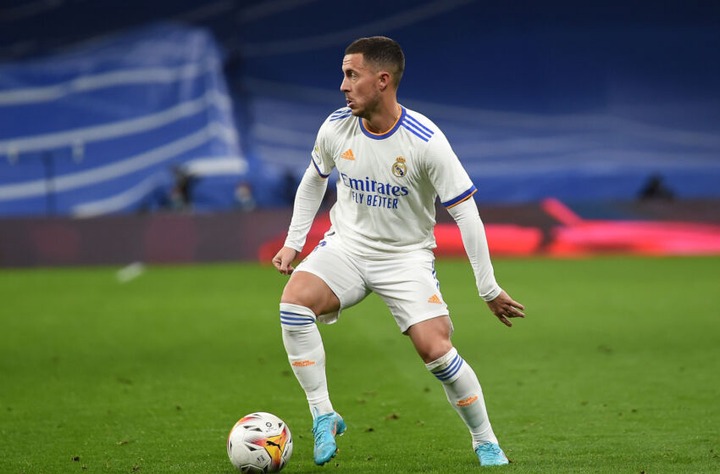 Hence, a move for him in the coming summer transfer window is believed to be in the plans of the North London club as they still see him as the perfect player who could lead their forward line alongside their current crop of young players. 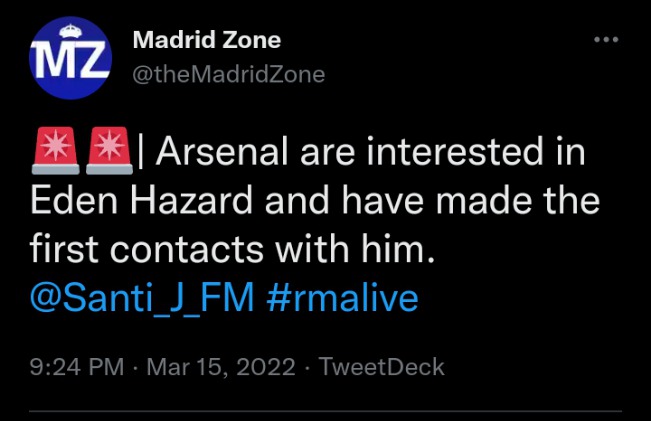 As being reported by multiple Spanish sources, the Los Blancos are open to sanctioning a deal for the 31 year old and thus, making it possible for the Gunners to strike a deal though it is believed that they could face a tough competition from Thomas Tuchel’s Chelsea for the player’s signature.

Related Topics:Big News From Emirates as Arsenal Makes Initial Contacts With Ex-Chelsea Star Over a Summer Transfer
Up Next

Lukaku Wish to Escape As PSG enter the battle to sign £325,000-a- week Chelsea striker