Arsenal manager Mikel Arteta is keen on qualifying for UEFA champions league next season by cementing their top spot ahead of close rivals like Tottenham Hotspurs, Westham and Manchester United.

Arteta can only keep his hopes of top four challenge with new signings in the Midfield and striking department considering Auba’s future at Emirates with possible exit of Lacazette in the coming months.

However according to Football Insider, arsenal agreement to sign the south American and Juventus ace Arthur Melo has reportedly been accepted with the Gunners ready to offer the 25 year old ace an 18months loan spell with an option to buy. 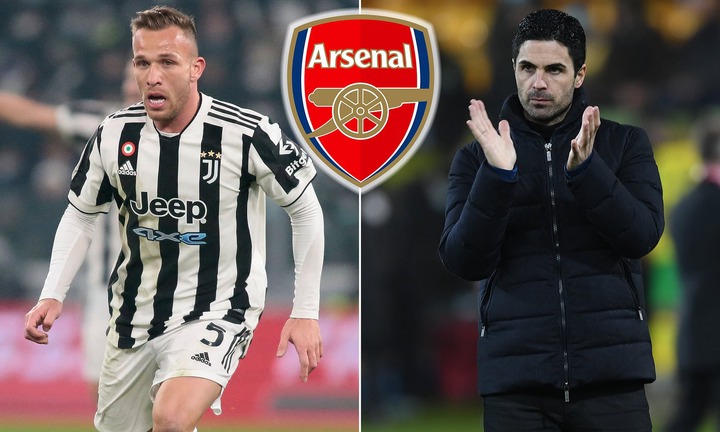 The same report has as well revealed that the North London side are viewing Jonathan David as Dusan Vlahovic’s alternative with a £42m rated deal tabled by his table.

Meanwhile, Gabriel Martinell is being monitored by Jurgen Klopp’s side Liverpool with offer not yet made as per reports.

Lastly in your opinion, Do you think Arthur Melo is the perfect target for Arteta’s side?