Two months ago, Arsenal were bottom of the Premier League table after suffering a 5-0 loss to Manchester City which was their third consecutive defeat in their first three games of the season. As it stands now, the Gunners are just 3 points away from the top 4 and have a realistic chance of reaching 4th position before the November international break.

The international break comes up after the next two Premier League games. Ordinarily, with Arsenal currently 10th on league table, the chances of all 6 teams between them and the 4th position dropping points while the Gunners win both games should be slim. 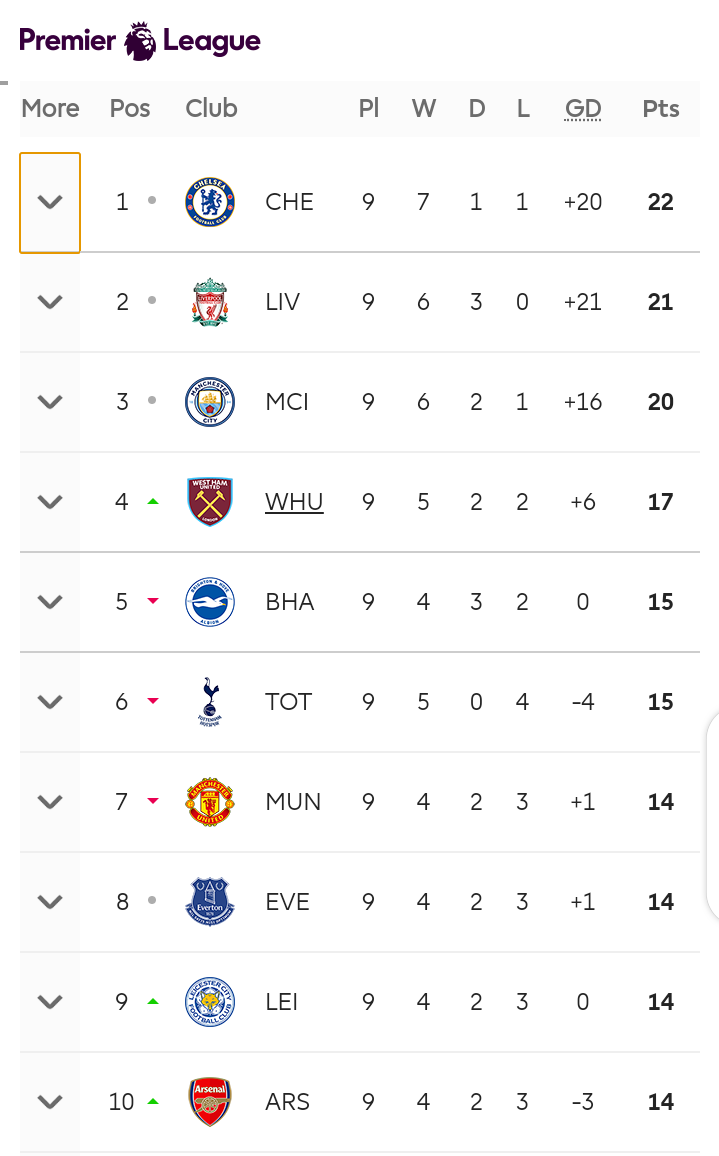 However, on taking a closer look at the table (as seen above) and fixtures of each team (as seen it the image below), the possibility of the Gunners breaking into the top 4 by the end of next weekend looks much more achievable. 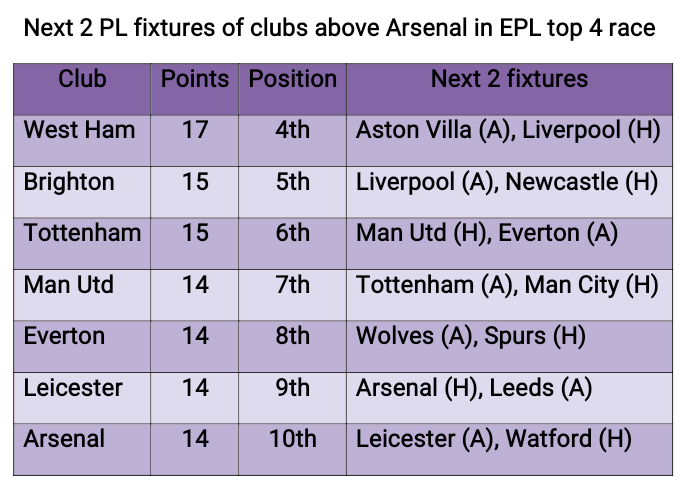 Looking at the next two fixtures of the six teams above Arsenal, there is a realistic chance of all six dropping points within the next two games. All Arsenal have to do is win their own fixtures.

If Arsenal do defeat Leicester City and Watford, then they will definitely be above the Foxes by the end of Matchday 11. The Gunners have only lost one of their last four games against Leicester (2 wins, 1 draw) and are slight favourites to earn a third consecutive away victory over the Foxes.

Two wins in the next two games will leave Arsenal with 20 points. West Ham, who are the furthest away from the Gunners play Aston Villa and Liverpool. The Hammers are most likely to be defeated by the high flying reds. If they also drop points against Villa, they could vacate their current position by next Sunday.

A big margin defeat to Liverpool could also see Arsenal make up the required goal difference to displace West Ham. Liverpool have won 8 of their last 9 games against the Hammers with an aggregate scoreline of 26-6 (the other ended in a 1-1 draw). A big margin victory for the reds when both teams meet is very possible, though not very likely.

Apart from West Ham, all other teams above Arsenal only need to drop points in at least one of the fixtures for the Gunners to surpass them.

Brighton should drop points against Liverpool. Tottenham are not likely to get all 6 points against Manchester United and Everton, just as United are very unlikely to earn all 6 against Spurs and Manchester City. Everton, who have not been very consistent, have Wolves and Tottenham as their opponents in the next two games.

Arsenal are in very good form at the moment and are currently on an 8-match unbeaten streak in all competitions. All they have to do is win their next two games and the only team that will pose the biggest challenge to reaching the UCL qualification position is West Ham. 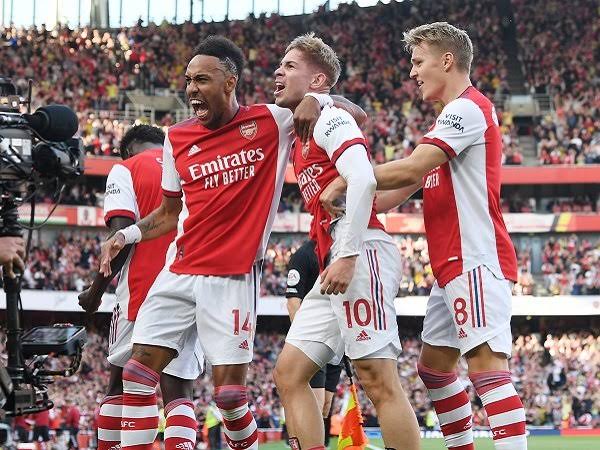 In the next 9 days, the world will find out if Arsenal are able to make good use of this opportunity and given their current form, one cannot absolutely rule out the possibility of the Gunners occupying the 4th position on the table by the time the November international break begins