Bayern Munich defender Niklas Sule is reportedly eyeing Premier League move after turning down Barcelona £3 Million offer with Chelsea allegedly intrested to sign him. Sule 26, has 37 caps for Germany National team and won the UEFA Champions League with Bayern Munich back in 2020. Sule is attracted by Chelsea prestige after winning the UCL trophy last season and Premier League is his prefered destination. Chelsea are looking forward to replace Cezar Azipilicueta, Andreas Christensen and Antonio Rudiger whose contracts expire next summer after Thiago Silva extended his contract until June 2023. 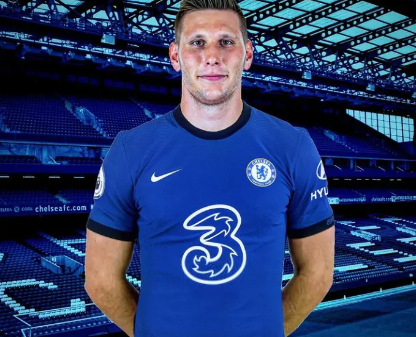 Barcelona have reportedly told Chelsea they are open to selling duo Sergino Dest and Ousmane Dembele according to Football London. Sergino Dest is currently valued at £25 Million by Barcelona while Dembele could be allowed to leave if a bid of £30 Million is tabled by Chelsea. Tuchel is keen to boost Chelsea defence and attack following recent injury crisis and contract extension declines hence could make a move for Dest and Dembele imminently.