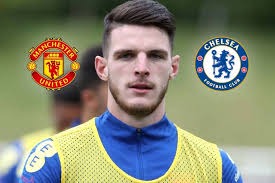 Rice, who spent his early years at the Cobham academy until being discharged at the age of 14, has been linked with a return to Stamford Bridge ever since breaking into the West Ham first squad.

Rice and Chelsea have been the subject of numerous rumors, not only because of his previous ties to the club, but also because of his talent and relationship with Blues star Mason Mount.

Declan Rice is, in a nutshell, one of the greatest options on the market.

When Rice first broke through at West Ham, he was a rather mediocre defensive midfielder. His progress since then, on the other hand, has been nothing short of remarkable. He immediately established himself as one of the Premier League’s best defensive midfielders, and he’s expanded his game this season.

Rice’s current West Ham deal expires in 2024, so next summer will be the club’s last chance to sell him for a significant quantity of money. According to reports, he is unlikely to sign a new deal, thus he could be available at a bargain price in 2022, as the Hammers will not want to lose him for nothing the next year.

Rice’s price tag will reduce due to West Ham’s eagerness to sell before he becomes a free agent, therefore if Chelsea do not pay for him next summer, the list of clubs interested in signing him will rise significantly in 2023. 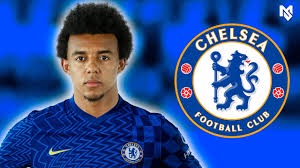 Chelsea were expected to finalize a transfer for Sevilla’s Jules Kounde last summer, but were unable to do so due to the Spanish club’s transfer demands.

Kounde’s €80 million release clause had to be met in full before he was permitted to leave Sevilla.

Despite Chelsea’s best efforts, they refused to budge, and the France international remained in Andalusia.

But the narrative isn’t over yet. Chelsea are set to re-enter the market for Kounde in January, while Premier League rivals Arsenal and Tottenham have expressed renewed interest in the midfielder, according to TMW.

Kounde, on the other hand, would have to adapt to play on the right side of a back three for Chelsea. Despite his reputation as a versatile defender, his need to learn a new role may provide their opponents an advantage. 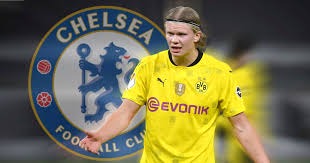 Given that the vast majority of Chelsea’s opponents for Haaland’s signing will not be able to sign him until his release clause decreases to £75 million ($104 million) next summer, Abramovich may be willing to put up the money to sign the most in-demand striker in the world at the moment. Related Topics:3 High-profile Deals Chelsea Could Complete In 2022
Up Next

Chelsea Could Sign Three Players In January To Replace Chilwell, Saul, And Mendy